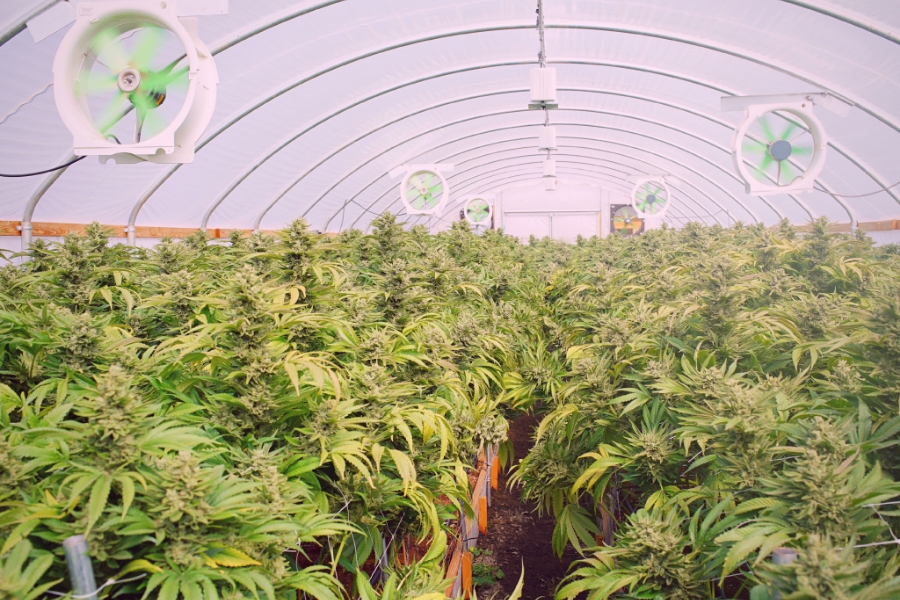 By now, everyone is well-aware of the potential benefits cannabis possesses. Just like anything great, the consumer doesn’t often think about how the product actually reaches them. The same problem applies to the cannabis industry. Many people selfishly decide to not think about how cultivating cannabis can negatively affect the environment in more ways than one.

The first problem that many people think of is the amount of water consumption required to grow a cannabis plant. One plant requires, on average, 23 liters of water a day to successfully grow. To put that into perspective, the average plant requires about 5 liters of water a day to grow. That’s 21 percent more water for just one plant alone. Households, where cannabis is legalized recreationally, are allowed to carry anywhere between 6 to 12 plants, depending on state law. Now imagine how much water would have to be used to cultivate for an entire cannabis farm. This has become a huge issue for states who have experienced drought recently, such as California, where 70 percent of legal cannabis is grown. It begs the question, where is all of this water coming from?

Most of the time the water is being diverted from an external source, effectively leaving many water spaces dry. These perpetrators are often growing these plants illegally in unpermitted farms, public land, national forests, or tribal areas. Even if the water is being legally supplied to the cannabis plants, an abundance of water is being redirected for drug distribution. Not only has this caused excess water usage, but it has also dramatically affected the wildlife in the area.

Coho salmon and steelhead trout are slowing being eradicated in Mendocino, CA because of the amount of water diversion. The growers in the area often divert water from the top of water streams, creating a devastating downstream effect that leaves water sources dry. Fish aren’t the only animals that are struggling to survive in these areas. Small carnivorous mammals and birds have been the victim of poisoning from all the pesticides and rodenticides used in on the cannabis plants.

Many growers who cultivate outside use these toxic chemicals to deter and eliminate animals from tampering with their crops. Deer, foxes, coyotes, owls, and ravens have all been victims of this tactic. Once the animal food chain is affected like this, it could quickly snowball and affect many more species in the area.

Back in the day when all the cannabis was illegal, the majority of cannabis was being cultivated from discreet outdoor locations that were hidden from the public. Today, that may not be the case for the entire cannabis industry, but there are still many growers who choose to grow outside. Many growers are forced to create a space for these operations to happen. This simple act alone removes thousands of animals from their homes, and even more devastates the local food chain.

The biggest threat cannabis poses to air pollution comes from volatile organic compounds (VOCs), called terpenes. When these VOCs are mixed with nitrogen oxide and sunlight, they create harmful ozone-degrading aerosols. In areas where VOCs are scarce, such as Denver, ground-level ozone will be produced when these pollutants are introduced. The more cannabis plants being grown, the more VOCs produced. Experts worry most about areas with high levels of manmade nitrogen oxide, such as metropolis’ with thousands of cars driving through every day. There have been a number of health issues associated with high VOC exposure, including nausea, fatigue, liver damage, and cancer.

The last concern cannabis cultivation brings to the environment is electricity consumption. If growers decide to grow indoors, they must make up for the lack of sunlight by using high powered light bulbs. Not to mention the ventilation, air-conditioners, and dehumidifiers. To grow indoors, you must consume a lot of electricity. In fact, a study in 2012 discovered that 3 percent of California’s electricity comes from cannabis cultivation, and that was before it was legalized. Today, now that cultivation is legal, indoor growers have been able to slightly reduce emission production because of not having to hide from authorities and use off-grid electricity. This has also allowed indoor growers to use greenhouses, which only need artificial light after the sun goes down.

These are just a few of the environmental concerns that come with cannabis cultivation. The good news is that as the cannabis industry becomes more accepted and understood, so does the process of cultivation. This means that experts are starting to pay more attention to these issues and are looking for alternatives and solutions. Hopefully, as this information comes to light, we see more growers take action to take better care of our environment.