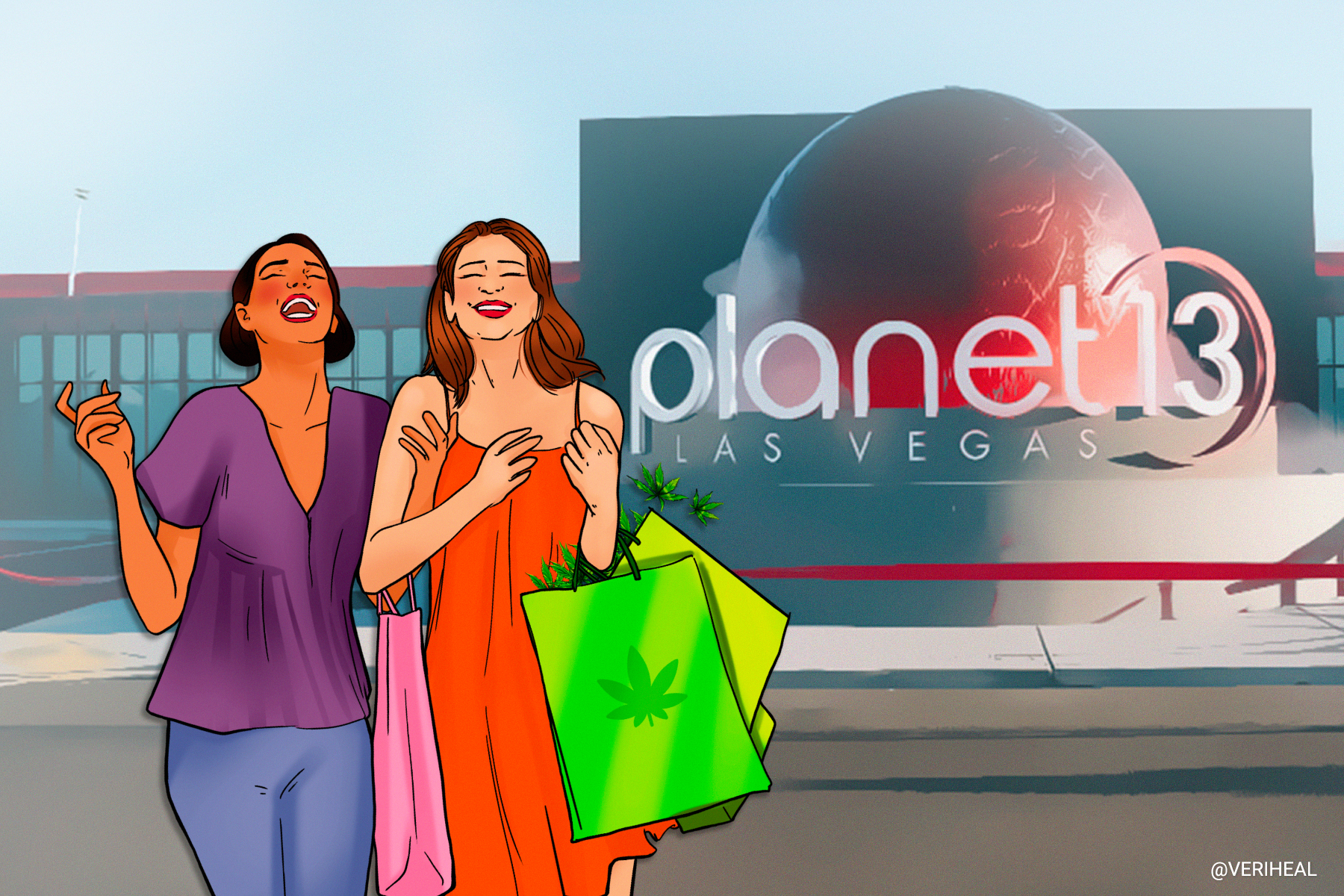 Ever thought you’d see the day when the cannabis industry can boast about a cannabis entertainment complex? Need a reason to visit Las Vegas? Well wait no longer and seek no further… Planet 13 is “not just the largest cannabis dispensary, but also the world’s first cannabis entertainment complex featuring all aspects of Las Vegas in a single platform”. Spectrum News 1 stated that Planet 13 is not far from “the happiest place on earth”, but what is so amazing about this cannabis superstore, besides the obvious large capacity. Well, I’d wager you’d have never guessed it.

Firstly, Planet 13 has a large dispensary that focuses on offering “the best quality, atmosphere, safety, and hands-on knowledge”. The larger enterprise also explains that they take pride in the fact that they produce the finest quality of cannabis products- which are “uniquely crafted for customer satisfaction”. They also explain that their grounds are safe, secure, and compliant with the appropriate laws and policies. However, all this is just standard practice, so let’s jump into what makes Planet 13 really unique.

Before entering Planet 13, the customers are met with an 18-foot tall globe, which is a water feature instilled with vibrant LED lights. Apparently, this water feature can be seen from 65,000 hotel rooms and can create “a glowing scene of fog and light”. Despite the magnitude of this attraction, I’d say this is the least interesting feature to be found at Planet 13.

Upon entering this massive cannabis store, individuals are greeted by “thirteen beautiful lotus flowers that stand 15-foot tall” which are located on the roof. These lotus flowers are said to be made of metal stamps, acrylic leaves and can move as if they were waving ‘hello’. Not only are these meant to be beautiful pieces of art, but they are also geared towards being interactive. Planet 13 also hopes that these lotus flowers will represent Las Vegas through the petals as well as showcase “the trendy and tech-savvy creation of Planet 13”.

One of the first indoor attractions is the “incredible Aerial Orb show” which is said to be seen as you move towards the main entrance. These orbs can be seen “dancing” on the ceiling of the dispensary and are “filled with glowing lights”.

The next indoor feature, or attraction, would be the LED floor is said to be “high-tech, sensory-activated and interactive”. These LED interactive floors can be located as you reach the entrance of the observation hallway and are described as “interactive displays and aesthetic screens” which can give you “an insight into the Las Vegas culture and heritage like no other place”.

While there are several locations to access food and drink, Planet 13 boasts about its’ Mexican-inspired restaurant called Trece Eatery + Spirits. This restaurant is described by the cannabis superstore as “one of its kind” and as “spacious and luxurious”. Planet 13 wanted the restaurant to remain true to the feel of the superstore- which is why this restaurant also has a “creative, yet conceptual design” in order to create “ a relaxing environment” while “offering scrumptious Mexican-inspired meals where you can stop and enjoy a bite after exploring the cannabis superstore and entertainment complex”.

Planet 13 has a “transparent observation hall, where you can view the production of the in-house brands being made live at the dispensary”. Here, visitors can see how the in-house cannabis products are cultivated, manufactured, and packaged. Visitors can do this by looking through the glass wall and by reading information “provided on the interactive screens in front of the wall”.

Planet 13 states that they pride themselves on “being innovative, while also offering cannabis education” including allowing “consumers to view that all the adequate practices and standards of cannabis cultivation, manufacture and packaging are being fulfilled- as well as all the legal desires of cannabis enthusiasts at the same time”.

Planet 13 is Also Eager to Expand

Spectrum 1 News also reported that Planet 13 is currently hiring as they have plans for extending the brand into Southern California, specifically on Warner Avenue. The new location is said to be “10 minutes from Disneyland, 10 minutes from South Coast Plaza mall, 10 minutes from the beach” making the new location quite the hub. They will be hiring around 200 individuals to deliver, market, and take inventory for example. However, there is no indication that the size of this new Planet 13 will rival that of the one in Las Vegas.

Planet 13’s vice president, David Farris, said that “ we’re actually in Las Vegas coming out of the pandemic stronger than when we entered it, which is awesome, and not a lot of companies can say that”. Farris also explained that customers spend minutes shopping at other cannabis stores but it is common to see customers spending hours browsing around in Planet 13.

Farris also stated that they “have a lot of people who come off the plane, and they have luggage in their hand, and this is their first stop”. For whatever reason that may be the case, in reality, I can imagine that the desire for premium cannabis and the fact that Planet 13 is so inviting, has a lot to do with that. If you have ever been to Planet 13, let us know what the highlights and downsides were for you.