Is Vice President Kamala Harris Shifting Her Views on Cannabis? 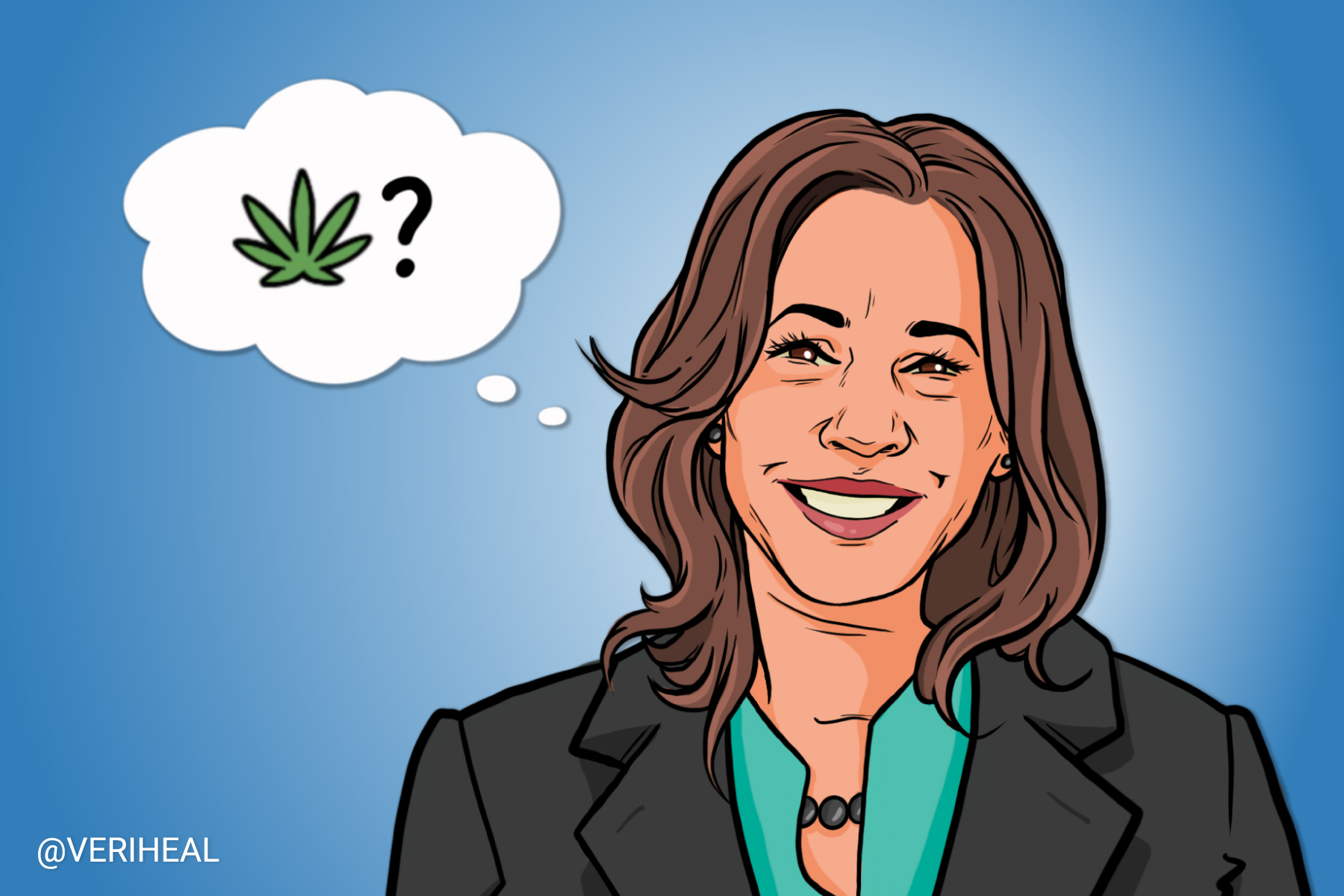 Note: Veriheal does not support or endorse any politician, political candidate, or policies. We merely report on the facts as they are presented and their implications in regards to cannabis.

In 2019, Vice President Kamala Harris sponsored what many called a comprehensive Senate bill that focused on ending federal cannabis prohibition. The current support in America for ending cannabis prohibition has reached an all-time high, according to Gallup polls. Currently, 68% of U.S. adults support cannabis legalization. Just like back in the 1940s when the LaGuardia Committee Reports on Marijuana and in the 1970s when the Shafer Commission Report on Marijuana was released, the American people are in favor of legalizing cannabis, yet it seems our leadership is not.

I may have misunderstood American government class when I was in school. I really thought that elected representatives were supposed to represent the majority of the people and not their own private agendas. It seems to be the other way around these days. Kamala Harris appears to have said everything you wanted to hear about legalizing cannabis. She even appeared to take a stand and try to make it happen. Now all of a sudden, Kamala Harris seems to be singing a different tune about cannabis legalization. A tune that’s way off note off from her original song.

Kamala Harris’ Smokescreen is Thick But is it All Smoke and Mirrors?

Rescheduling cannabis comes with far more implications and regulations that would allow the federal government full control over the industry. This is not something that most cannabis advocates and industry workers support because it doesn’t change a whole lot and still poses severe limitations, if not more. Let’s hope that what the aid on Harris’s team said was out of proportion. Perhaps Biden has changed his viewpoint on cannabis legalization, embracing it now, and that is what was meant. But when it comes to Kamala Harris and cannabis, much like a lot of her political career, there are a lot of holes in this subject and it comes as no surprise that she’s shifted her stance because she’s done it before. In 2010 while acting as California State Attorney General, Kamala Harris sternly stood against cannabis legalization, going as far as saying cannabis legalization, “seriously compromises the safety of our communities, roadways, and workplaces.” Obviously, these were different times, and support for cannabis was extremely frowned upon within politics. Still, let’s hope this wasn’t her actual viewpoint and if it was, we hope she has educated herself about cannabis since this time. She was the lead sponsor behind the MORE Act, after all, so we know she at least understands the potential of cannabis once ending its prohibition.

We Only See What They Want Us to See

It’s easy to sit back and make assumptions and judge things from the outside. On the inside, the happenings are not made public. Kamala Harris cannot openly talk about every detail of what she is doing or planning to do if it is to be successful. Obviously, those who stand to profit and continue profiting off of draconian federal cannabis prohibition would do everything in their power to prevent positive cannabis reform if they knew they could. Maybe Kamala Harris is waiting for just the right moment.

Let’s just hope that we aren’t getting more acting from our elected representatives. Cannabis prohibition was and is wrong. It was built on the very fabric of what we are trying to undo today. Racism, sexism, greed, power, and control. These are the things that fueled marijuana prohibition. Just look at these despicable quotes from Harry J Anslinger, the man who founded marijuana prohibition.

“There are 100,000 total marijuana smokers in the U.S., and most are Negroes, Hispanics, Filipinos, and entertainers. Their Satanic music, jazz, and swing result from marijuana use. This marijuana causes white women to seek sexual relations with Negroes, entertainers, and any others.”-Anslinger

If you support cannabis prohibition, you support viewpoints like this and many other ignorant ill-informed ones regarding cannabis. Let us hope that the Biden administration will finally bring an end to decades-old draconian federal prohibition. America deserves better than to continue making the same mistakes of the past. Moving into the new millennium of the 2000s, let’s hope we don’t have to wait another 100 years to get rid of the wrongs of yesteryear.