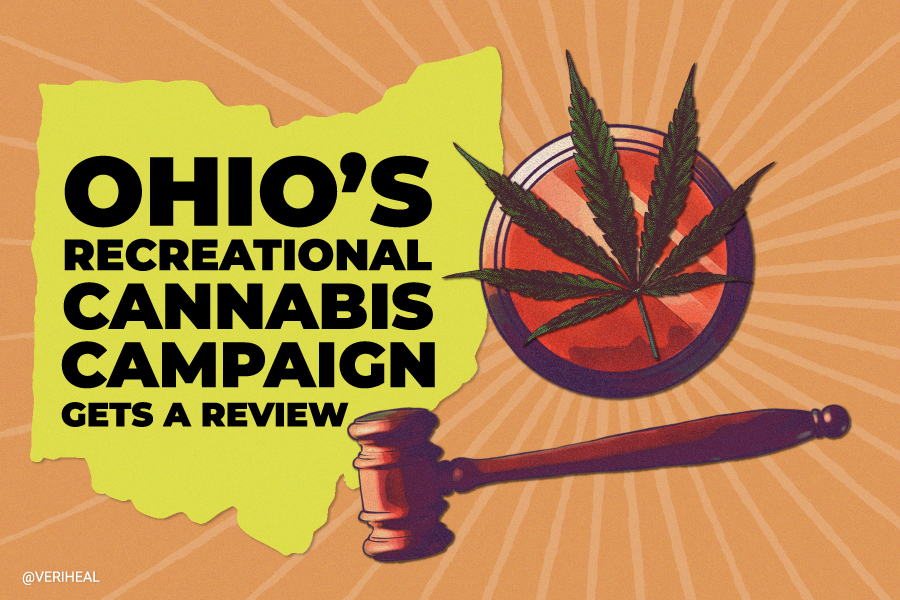 A cannabis legalization campaign in Ohio has managed to attract enough signatures to qualify for review by the state’s legislature. The proposed bill, which prompts legislators to regulate adult-use (recreational) cannabis in the same way as alcohol, must now be considered by legislative members before undergoing a ballot vote in November.

The Coalition to Regulate Marijuana Like Alcohol (CRMLA) issued an official news release on the subject. As per the release, the secretary of state told members of the campaign on Friday, Jan. 28 that Ohio’s cannabis legalization initiative had gained an adequate number of signatures to forcibly stimulate contemplation by lawmakers.

Should lawmakers amend the state constitution in accordance with the bill’s suggestions, adult-use cannabis sales would be legalized across Ohio, which is home to nearly 12 million people.

The CRMLA’s Initial Attempt at Legalization in Ohio

As per the CRMLA’s proposed law to legalize and regulate the cultivation, manufacturing, testing, and sale of cannabis for people aged 21 and up, the measure “fixes a broken system.” Back in December 2021, the group took its first stab at legalization. However, to the dismay of CRMLA members, 206,943 submitted signatures was not sufficient to have the bill considered by lawmakers.

Hope prevailed and the campaign took advantage of a second opportunity to gather and submit an extra 29,918 signatures. Moving forwards, a four-month wait will determine whether or not state lawmakers choose to enact CRMLA’s proposal for legal adult-use cannabis in Ohio, shoot it down, or simply turn a blind eye to it.

Should the legislature fail to adopt the measure, an additional 132,877 signatures would need to be collected from voters. A successful signature-gathering process would see the CRMLA’s recreational cannabis legalization initiative receive a vote on the November general election ballot.

Fortunately, if that scenario transpires, CRMLA Director Tom Haren affirms that campaign members will be “fully prepared to do” what it takes to get recreational cannabis legalized in Ohio.

On Wednesday, Feb. 9, Senate President Matt Huffman—who is considered to be one of the most influential political members in the state—turned his nose up at Ohio’s recreational marijuana initiative. During a discussion with reporters, the Lima Republican said that he would not contribute to a legal market transpiring.

“I don’t want anybody to misunderstand my position,” Huffman told reporters. “I’m not going to bring it to the Senate floor. And if that means people want to go put it on the ballot, have at it.”

According to the House Majority Leader, the chances of a recreational cannabis bill being successfully voted on by Ohio lawmakers is highly unlikely. Plus, even if it did, Gov. Mike DeWine (R) has hinted that he would veto it. Such a threat, combined with legislative resistance, means that Ohio’s adult-use cannabis legalization campaign faces an uphill battle if it is to trigger an amendment to the state constitution.

With that being said, a signature drive would probably be the campaign’s only road to success. In that case, the CRMLA would be required to, once again, submit the signatures 125 days prior to the Nov. 8 election day launch—July 6.

Almost $1.1 million was spent by the coalition during the initial signature-gathering round for cannabis legalization in Ohio, based on a report published by the coalition. Of that amount, the bulk (around $1 million) was earmarked for Texas-headquartered ballot referendum specialist firm Advanced Micro Targeting.

Marijuana Policy Project (MPP), a national cannabis lobbyist group, recently revealed disclosures that were filed with the secretary of state’s office. The disclosures indicate that the coalition was financially supported to the amount of approximately $700,000. An additional $600,000 was awarded by a handful of licensed medical cannabis businesses.

Cannabis currently remains illegal for recreational purposes in Ohio, where plant possession not exceeding 100 grams (equivalent to 3.5 ounces) has been decriminalized since the year 1975. Since this time, numerous cities spread across the state have proceeded to expand on their reform efforts.

Perhaps the biggest change occurred in 2016 when cannabis in Ohio was legalized for medical purposes. House Bill 523 was signed by Gov. John Kasich on June 8, 2016. The measure allowed Ohioans to legally travel with medical cannabis across state lines within three months of the bill being approved by the state legislature.