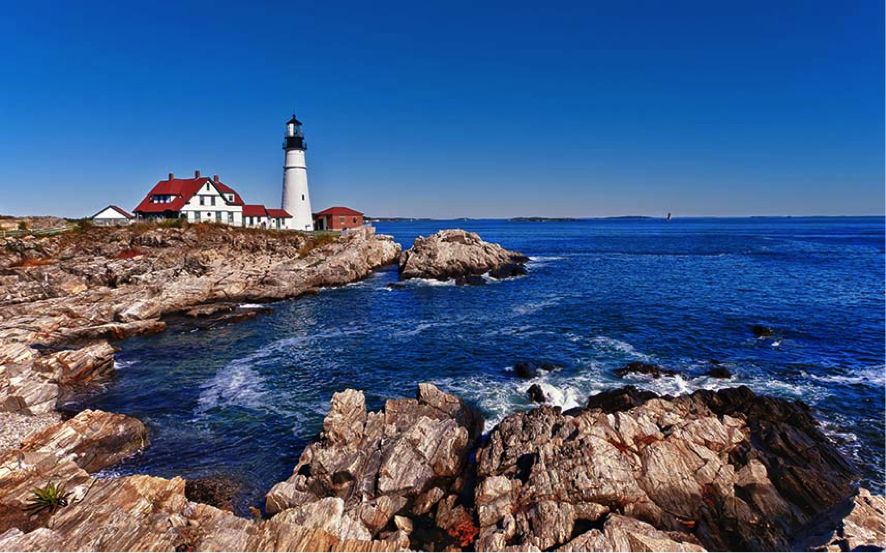 Maine is a U.S. state located in the New England region of the northeastern United States and the 12th smallest by area. Maine was also one of the first U.S. states to legalize medical marijuana in the country.

The drug was criminalized in 1913 as a part of the trend that restricted cannabis everywhere. The decriminalization of cannabis happened only in 1976 when they allowed the possession of small amounts of cannabis.

It was in 1999 when the first medical marijuana law passed in the state, allowing Maine residents to grow their own plants and doctors to give medical cannabis recommendations. Maine’s Medical Marijuana Initiative passed with 59% of votes in favor which expanded the existing program. Now patients could possess 2.5 ounces or 70.87 grams of medical marijuana.

Maine’s medical marijuana program really boomed in 2016. The program grew 36% in relation to the previous years, with 4% of the population participating in the program, which was approximately 50,000 people with a medical marijuana recommendation.

A medical marijuana patient in Maine can receive medical cannabis from a caregiver or purchase it from a dispensary. They may also choose to cultivate their cannabis on their property or a designated secure cultivation site.

It is still illegal to purchase cannabis recreationally outside the medical market. There are no taxes on the sale or purchase of medical cannabis for medical use. There will be a 10% state sales tax once recreational sales start. Recreational marijuana was already legalized in the state, but sales are currently on hold.

Smoking in public places is still prohibited, and so is inside a car or anywhere in a public view. Driving a vehicle, vessel, or boat under the influence of cannabis is also not allowed.

Caregiver and qualified patients can possess up to 6 mature plants and 2.5 ounces of the dry flower. Patients are caregivers cab possess an incidental amount of cannabis, they can possess up to 12 nonflowering plants and 8 pounds of harvested, unprepared flower. It is strictly prohibited to gift or transfer cannabis to another person.

To become a medical marijuana patient in Maine, you must meet specific requirements according to DHHS rules and regulations and get added to the registry. A physical card is not obligated and there is no application fee for the MMMP. Registries work only during a year and need to be renewed by the patient and designated caregiver.

You will need to obtain a written certification from a registered cannabis physician, submit completed MMMP application, if necessary designate a dispensary or one or two caregivers, or indicate if you’re growing your own cannabis or designating a caregiver to grow it for you.

All qualified patients must designate a caregiver. A hospice provider, or nursing facility to assist the patient with the use of medical cannabis. Caregivers must apply and register with DHHS and receive their ID card before possessing and cultivating marijuana. You cannot be a caregiver for more than 5 patients. In certain situations, some patients may be designated for more than one caregiver.