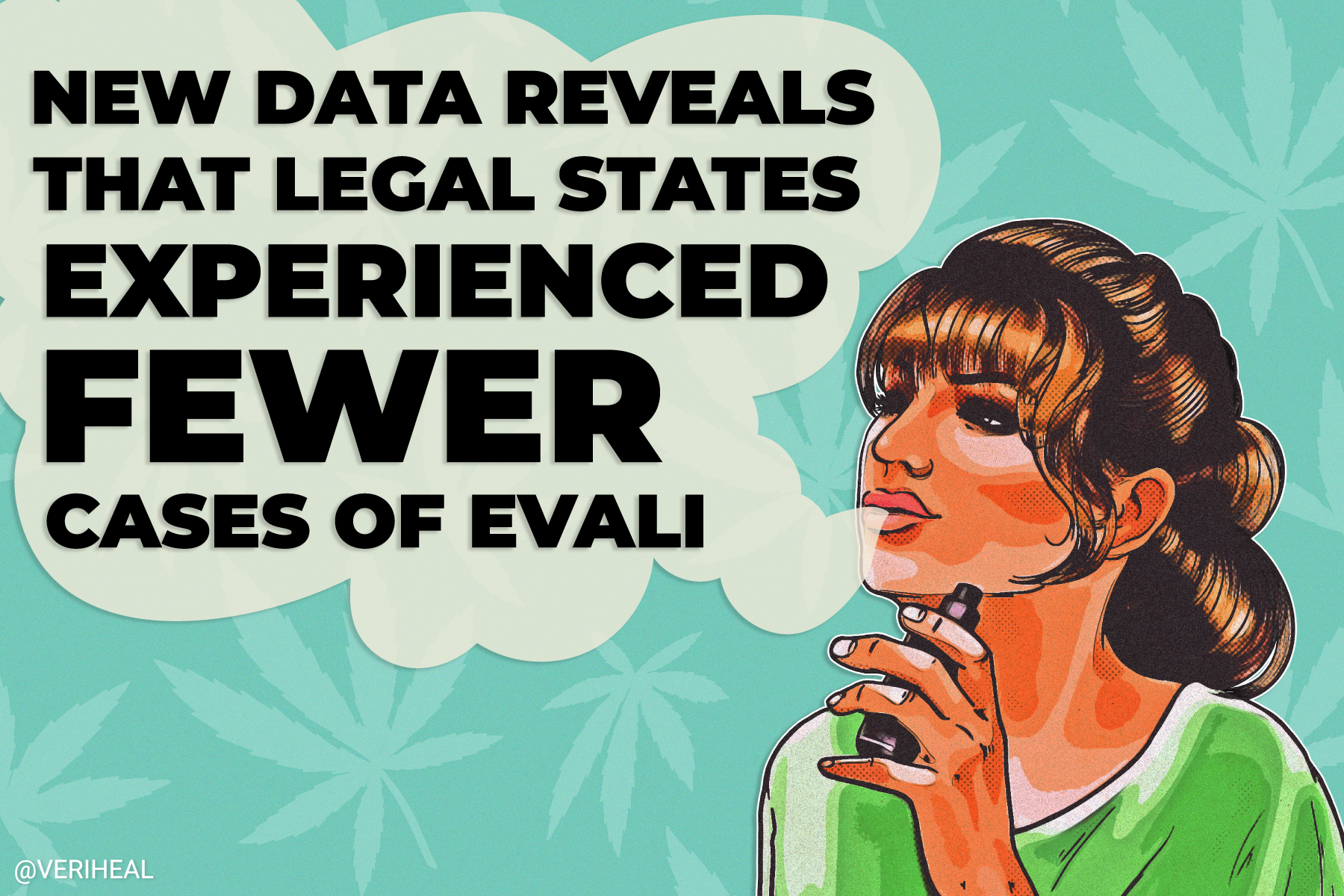 In 2019 the E-cigarette or Vaping-Use Associated Lung Injury (EVALI) outbreak was responsible for putting thousands of people in the hospital. Many blame an agent called vitamin E acetate, while one study has pointed to a terpene called phytol as the main culprit. While the health issues stemming from vaping are likely based on a web of factors, one thing is certain: The common factor among EVALI cases to date is illegally produced and sold vape pens.

In accordance with this, a new study found that states with legal cannabis markets have been less likely to experience incidences of EVALI, suggesting that properly regulated vape pens are not the problem. The study’s authors state that the 68 deaths attributed to the 2019 outbreak were geographically “consistent with a contaminant in locally-distributed products,” revealing that the number of reported EVALI cases was more than 40% lower in states where cannabis is legal for adult use.

An Analysis of Nationwide EVALI Data

To conduct their study, published in the journal Drug and Alcohol Dependence in November 2021, the researchers obtained the number of (confirmed and probable) EVALI cases for each state in the U.S. After mapping the case counts alongside state cannabis policies, the team estimated the “relationship between states’ total 2019 EVALI cases and two mutually exclusive marijuana policy indicators”—the first being recreational and medical legalization, and the second being only medical legalization.

Despite the fact that policies varied from state to state, the study consistently found that the highest numbers of EVALI cases were in states with a ban on all cannabis or with medical-only policies. The report noted that the states with legalized recreational cannabis “fell into the lower two quintiles for EVALI prevalence.” The report explained that recreational legalization “could have dampened market penetration of tainted marijuana concentrates by reducing consumption of informally-sourced marijuana products more generally.”

The study also discovered impacts from other variances in policies across states. For example, the team identified a positive association between illegal combustible use (smoking) and high EVALI cases resulting in hospitalization. Because some states allow the sale of flower but prohibit smoking it, the research team speculated that users may have been driven to illicit markets and/or turned to the second most popular form of cannabis consumption: vaping concentrates.

The Popularity of Vaping as a Consumption Method

Although smoking cannabis is the most popular consumption method overall based on the BRFSS, the study’s researchers found that states with legalized recreational and medical cannabis, or even just legalized medical, were positively associated with vaping as the “primary mode of marijuana use.” Since vapes for cannabis are near indistinguishable from e-cigarettes and produce less odor than conventional cannabis smoking, it makes sense that many consumers would be drawn to this easy-to-disguise form.

However, the study also discovered that states allowing home cultivation disrupted trends. Among medical-only states, those that allowed home cultivation had 60% lower rates of EVALI than those that did not. Additionally, this one policy change made the odds of vaping as the primary form of consumption 40% lower, demonstrating that patients were ready and willing to switch from vaping to smoking home-grown cannabis once they were able. Acknowledging this data, the study’s authors called for states to consider initiating home cultivation policies.

In making suggestions for mitigating the future impact of EVALI, the study’s authors point to regulated products via legalization policies that would reduce users’ reliance on illegal, potentially tainted, products. Their conclusion supports a petition signed by over 800 industry leaders in 2019 focused on descheduling cannabis to address the vape crisis.

All in all, the study pointed to cannabis policies prioritizing legalization and access (particularly to more natural forms of cannabis like flower) as the most potentially effective method of combatting EVALI. As legalization efforts ramp up, experts hope to see an exponential decline in the occurrence of the condition.