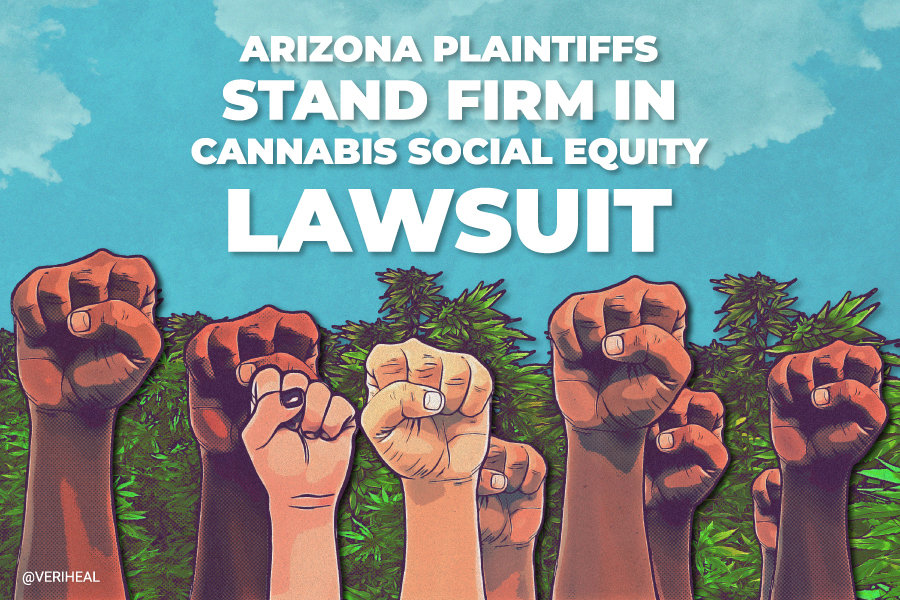 A judge in Arizona has rejected a lawsuit contesting guidelines for distributing social equity licenses under the state’s legal cannabis law. Passed in 2020, Arizona’s recreational cannabis law—Proposition 207—stipulates that 26 licenses will be awarded by the state Department of Health Services.

The lawsuit was initiated in November of last year by the Greater Phoenix Urban League—a non-profit organization established in 1945 to help disadvantaged people accomplish economic and social equality—and Acre 41.

Despite what the plaintiffs are claiming, Maricopa County Superior Court Judge Randall Warner dismissed the suit. Based on the ruling, which was announced on Tuesday, February 1, the department’s regulations comply with mandates featured under the voter-approved cannabis law.

“The voters left to the Arizona Department of Health Services (ADHS) how the social equity ownership program should work, and the rules the agency developed comply with the law and are reasonably designed to meet its objectives,” reads Judge Warner’s ruling, which essentially approved the state’s proposal to discharge the case.

What is a Social Equity License in Arizona?

The program is based on Proposition 207, which has contributed to the state gaining more than $1.2 billion in revenue during its first year of legal sales. Arizona’s cannabis “social equity ownership” program earmarks a total of 26 licenses for “people from communities disproportionately impacted by the enforcement of previous marijuana laws.”

The primary aim of Arizona’s social equity program is to help the residents of communities that have been disproportionately impacted by prejudiced law enforcement and cannabis prohibition to reap the rewards of owning a business in the newly legal industry.

It’s likely that the legal battle will be ongoing, with a spokesperson for the Greater Phoenix Urban League and Acre 41 stating that the plaintiffs have no intentions of surrendering to the state. In fact, the spokesperson believes that another suit will be filed by both organizations within the next few months.

The plaintiffs attest that the state’s cannabis law is lacking several integral elements and provisions, such as a condition stipulating that social equity business expenses and earnings/profits must be kept within the licensee’s communities, and a provision outlining the importance of blocking license transfers. Lawmakers responsible for formulating the law provided the department with freedom in regards to how they chose to draft the implementation rules which, Judge Warner says, “are reasonably designed to meet its objectives.”

“Since the court will not accept the challenge to the program as a whole, the focus will now shift to specific applicants who are adversely impacted if the lottery is permitted to be held with the current application pool,” said social advocate and spokeswoman for Acre 41, Celeste Rodriguez.

The hands-on cannabis industry professional went on to say that approximately 50% of 1,500 applications are “MSO-sponsored”, meaning that they receive financial backing from multi-state operators. Rodriguez also emphasized the fact that, in the event of the applicant pool featuring only “true social equity applicants”—as opposed to MSO-backed applicants—her group intends on filing another suit and identifying the MSO-affiliated applicants by name. When reached out for comment, the plaintiffs’ lawyer James Cool, did not provide an immediate reply.

Since Arizona legalized cannabis for recreational purposes with the passage of Proposition 207 on November 3, 2020, thousands of social equity applications have been flooding in. In fact, as of December 2021, over 1,500 applications had been filed for the 26 social equity dispensary licenses that Arizona’s public health agency intends on issuing.

Specializing in health services for the state’s growing population, the ADHS is currently in the process of reviewing applications for social equity licenses. However, the licenses will be awarded in spring as part of a random selection procedure.

The application process has already earned the Smart and Safe Arizona Fund a rather comfortable $6 million. Each applicant paid $4,000 for a chance to be considered for the licenses, which are estimated to be worth millions of dollars. Application fees, regardless of the outcome, are non-refundable.

“People will see if they won, and at that moment they will know they would have won a license, instantly, valued at 10 to 15 million dollars,” said Marijuana Industry Trade Association founder, Demetri Downing.