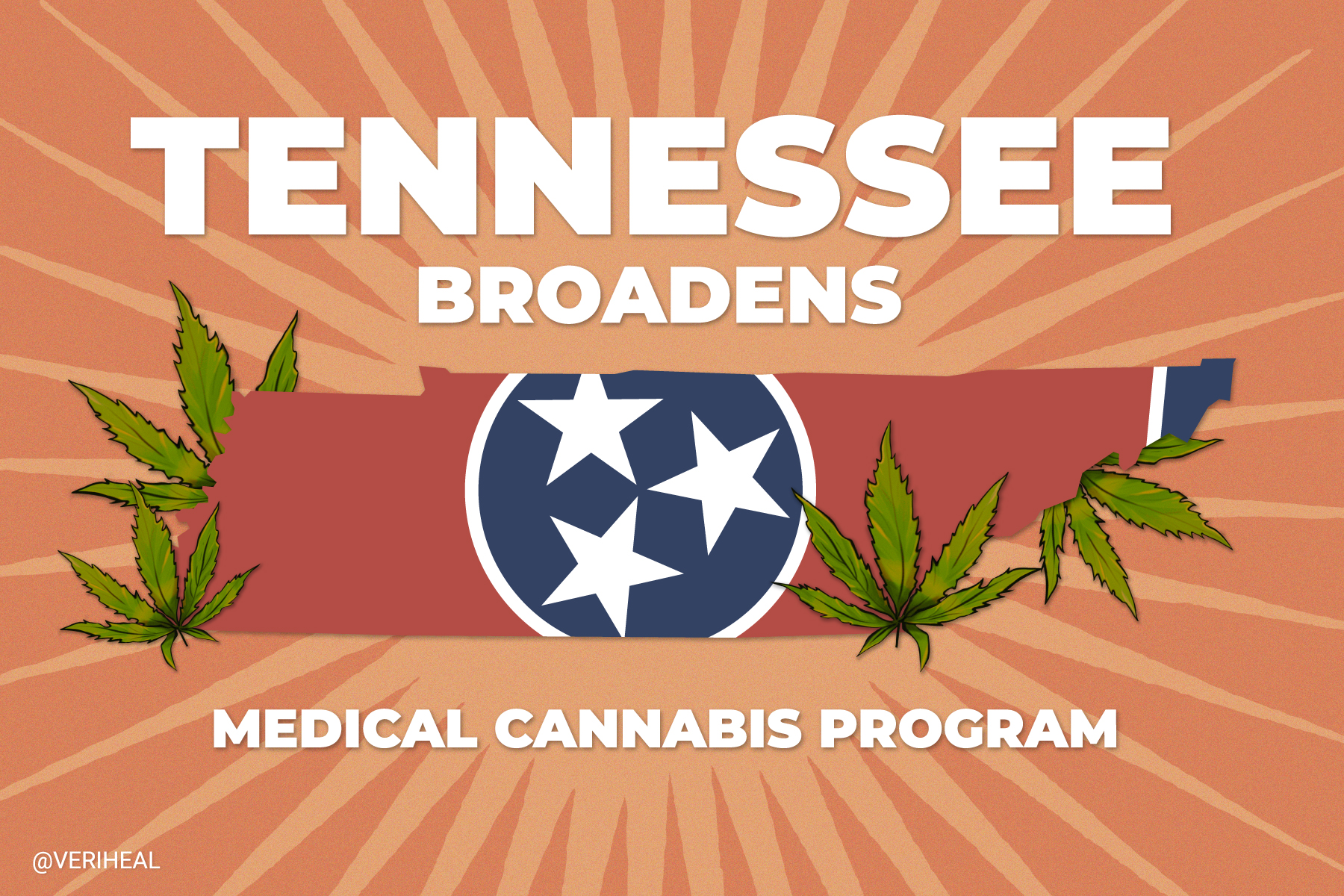 Wait, Tennessee has a medical cannabis program? This is news to me. I’m a native of Tennessee. I was born and raised in East Tennessee, and I moved to Oklahoma because medical cannabis is not legal nor accessible in Tennessee. What Tennessee does have are relaxed laws surrounding some high CBD products and low THC products. Let’s recap what the laws are and have been in Tennessee regarding the medical use of cannabis.

For many years since the enactment of cannabis prohibition by the federal government, having any form of cannabis in any amount in the state would get you in trouble which could include both hefty fines and incarceration. In 2014, the state passed SB 2531 which was the state’s first CBD-focused law. This law required that state university-affiliated clinics or hospitals to supervise the study of cannabis oil and authorized Tennessee Tech to cultivate cannabis. However, the institute, as well as medical entities, failed to participate seeing how it would directly violate federal law. The next year SB 280 passed which allowed patients that had a “legal order or recommendation” for cannabis oil to legally obtain it out of state and possess it within TN borders. In 2016, the law was once again reformed to allow up to 0.9% THC in CBD oils possessed by individuals that could show proof that they or an immediate family member had been diagnosed with intractable seizures or epilepsy and had obtained “a legal order or recommendation from the issuing state.”

The Latest Changes Being Approved

In late May of 2021, the Governor of Tennessee Bill Lee signed off on legislation that will expand the limited CBD program in Tennessee and create a new commission to study broader medical cannabis legalization in the state. The bill will expand the list of qualifying conditions the give patients the right to possess CBD oil containing no more than 0.9% THC. While this is three times the THC limit of .3%, which regulates the CBD products available over the counter today, it is drastically lower than THC products available in states that have implemented true medical cannabis programs.

To qualify to possess these CBD oils with increased THC limits, you must have been diagnosed with one of the following conditions:

The catch 22 however, is that there is absolutely no way to legally purchase CBD products with this THC limit in the state. For Tennesseans that have been diagnosed with one of these conditions, the only way to obtain these medicines is to travel out of state and obtain them and then transport them over state lines which is illegal.

What is the Commission Responsible For?

Under the enacted legislation, the nine-person commission is tasked with analyzing current federal and state laws regarding cannabis and helping to prepare future bills aiming to legalize medical cannabis in the state of Tennessee. According to the text of the bill, this commission will “serve as a resource for the study of federal and state laws regarding medical cannabis and the preparation of legislation to establish an effective, patient-focused medical cannabis program in the state upon the rescheduling or rescheduling a marijuana from schedule one of the federal Controlled Substances Act.”

It is time for Tennessee to follow suit and take similar steps to what over 30 other states in the United States have taken and allow access to this natural plant for those that can benefit from it. I think that it is absolutely ridiculous to deny anyone anything that could potentially help them that presents such minimal risks. Unfortunately, this bill makes it very clear that medical cannabis will not be legalized in the state of Tennessee until the federal changes its tune of cannabis. The measure states that the enacted legislation “does not authorize a medical cannabis program to operate in this state, and licenses for such a program shall not be issued or authorized to be issued until marijuana is removed from schedule one of the federal Controlled Substances Act.”

The commission will be looking at several different aspects within state and federal cannabis policies, such as patient qualifications, the licensing and regulation of businesses coming testing protocols, the role of medical professionals and pharmacists, registration, and more. Their first report is due by January 1st, 2022. Until then, patients in TN must continue to suffer or risk incarceration to access true cannabinoid-based medicines. As you may have learned in the story of Gavin Ragsdale, aka G-Man, CBD isn’t always the answer and other cannabinoids are often needed.

I was diagnosed with epilepsy about a year ago. Cannabis is the only thing that gives me real relief from having seizures. It’s ridiculous that we can not consume a plant as we see fit to treat our illnesses. It’s funny how conservatives like our failed Gov. Bill Lee run on a platform of federal government overreach yet say he’s not willing to stand up for the citizens of our state because the federal government says cannabis is not legal. Typical hypocrite talking from both sides of his mouth. Dollars to donuts, Big Pharma has their hands in his pockets. Sad and disgusting. Wake up Tennessee and quit voting for garbage to run our state.