The Feds Funded Cannabis Studies and Debunked Their Own Propaganda 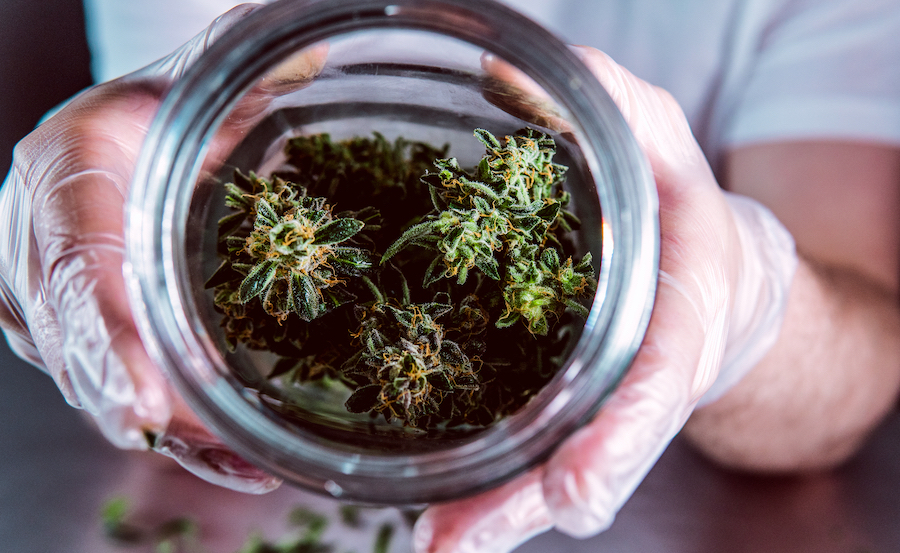 The federal government has persistently tried to justify their continued support of cannabis prohibition. Throughout the years, they have funded (and many believe influenced the findings of) several studies related to the “harm” cannabis presents as well as the downfalls legalization could bring. Despite more than half of the United States having legal access to cannabis, the federal government just won’t budge. This can be seen clearly in recent studies in which they have funded. Let’s take a closer look at the studies and what they concluded.

One of the most prominent arguments against the case for the legalization of cannabis is that it will increase crime. In fact, former New York Times Journalist, Alex Berenson, even wrote a book about it. In an interview with The Marshall Project when Alex was asked about his conclusion that legalization would lead to an increase in violent crime rates and why he felt that “the ominous scholarly findings” (supporting his claims) have been ignored because of “legalization advocates and the private cannabis industry,” he stated the following;

“Since cannabis causes paranoia—not even advocates dispute that fact—and psychosis, it is not surprising that it would drive violent crime. And in fact, there are a number of good studies showing that users have significantly higher violence rates than non-users. Further, in researching the book, I found many, many cases where the causation appeared clear. In some cases, it was as simple and obvious as this person—with no history of violence—smoked, became psychotic, and committed a homicide.”

“Linking legalization to medical use was a brilliant decision. No one wants to deny terminal cancer patients or people with AIDS a medicine that might help them. They were also supported by a lot of people in the elite media who became convinced by the social and racial justice arguments and didn’t do the work necessary to understand the science and health risks.”

His book is titled “Tell Your Children,” and what many do not realize is that this was the original title of the film that is now widely known as “Reefer Madness,” a pure thorn in the side of advocates full of nothing but unsubstantiated propaganda. The most recent study funded by the feds, however, not only debunks this movie but also claims by prohibitionists such as Berenson.

The First Study That Proved Them Wrong

In this study, researchers used a methodology that is being described as a “quasi-experimental, multi-group interrupted time-series design.” They did so in hopes of providing stronger evidence to support their conclusions. This is because when the link between legal cannabis markets and crime have been researched in the past, the results were inconclusive and showed various results from different sources.

This study, which was funded by the federal entity known as the National Institute of Justice, was published in the Justice Quarterly journal. The results of this study found that the legalization of cannabis has no direct effects on violent crimes nor on property damage related crimes. The results were based on statistics from Colorado and Washington State, two of the first states in the country to legalize retail cannabis markets for adults. Researchers also concluded that the legalization of cannabis was directly linked to a “long-term decline in burglaries” in at least one state.

Feds Funded Their Own Undoing Not Once, But Twice

Another profound piece of anti-cannabis propaganda is the claim that legal cannabis programs, be it recreational or medical, will have adverse effects on neighboring states that offer no legal access. A study recently funded by the Department of Justice sought to answer the following questions.

To try and answer these questions, researchers with the Justice Research and Statistics Association analyzed drug possession and distribution arrest statistics in states with legal access and neighboring states that still enforce full prohibition. What they found will likely not surprise you, but we’re guessing it’s not the results the Dept. of Justice was expecting to see.

According to the study’s authors, “legalizing marijuana did not have a noticeable impact on indicators in states that bordered those that legalized. There were no noticeable indications of an increase in arrests related to transportation or trafficking offenses in states along the northern or southern borders.”

Here are some of the critical findings that this report concluded.

Throughout the report, you can find a disclaimer stating that federal funds were, in fact, utilized to fund the research but that “opinions or points of view expressed are those of the author(s) and do not necessarily reflect the official position or policies of the U.S. Department of Justice.” So, it seems that even though they paid to know the truth, they will still not embrace it and all the great benefits that legalization has to offer.