The OTC Sleep Aid Industry Takes a Plunge Thanks to Cannabis 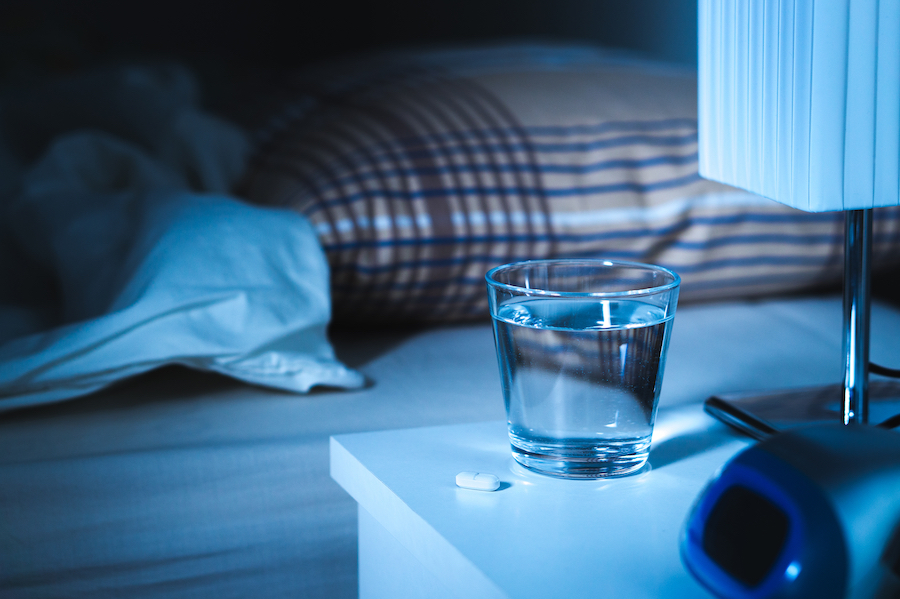 A new study from the University of New Mexico and California State Polytechnic University suggests the over-the-counter sleep aid industry has been declining since the invasion of cannabis dispensaries. Cannabis is used for many reasons. Some use it to treat their anxiety, while others use it to work up an appetite. There’s a lot of ways people use cannabis to their advantage. Unfortunately, not everyone has benefitted from this plant.

The two schools took Colorado into observation, specifically when they first legalized cannabis on January 1, 2014. The study began in December 2013 and lasted a full 12 months. Additionally, the universities used monthly data from Colorado’s Department of Revenue to observe sales figures from dispensaries throughout the state. According to the data, the one month where cannabis was still illegal, the market shares for sleeping aides remained consistent. However, the moment cannabis hit the market the OTC sleep aid industry started to decline, steadily. The market share of the sleep aid industry fell by 236 percent when a dispensary opened. Often this decline would only worsen as more and more dispensaries surfaced.

“Our results show that the market share growth for sleep aids shrank with the entry of recreational cannabis dispensaries by more than 200% relative to the mean market share growth in our sample, and the strength of the association increased with each subsequent dispensary,” according to the report, which was published in December’s Complementary Therapies in Medicine. “In particular, cannabis appears to compete favorably with OTC sleep aids, especially those containing diphenhydramine and doxylamine, which constitute 87.4% of the market for OTC sleep aids.”

There is no clear evidence to prove cannabis can help alleviate those who experience insomnia. It’s not even a qualifying condition in any state with a medical cannabis program. Some states, such as California, use loose diction to get around this, such as treating sleeplessness. According to the American Academy of Sleep Medicine, approximately 30 percent of adults have symptoms of insomnia. This information could finally be enough to include this condition in the state’s medical cannabis program. This isn’t what the authors are focused on though.

“From a public health perspective, the possible widespread use of cannabis for less severe medical conditions both highlights its therapeutic potential and raises concerns regarding the risk-benefit tradeoffs of substituting a substance associated with abuse and dependence for relatively ineffective OTC medications with typically low levels of abuse potential,” said co-author Sarah Stith, a microeconomist from the University of New Mexico. “From an economic or business perspective, regardless of the underlying mechanism, our documentation of changing purchase behaviors has implications for multimillion-dollar US markets with OTC sleep aids is likely just one example,”

The Sleep Aid industry is a $41 billion market, but cannabis has been able to expose their gray area. Not everyone who purchases over the counter sleep medication is experiencing insomnia. The fact of the matter is a handful of those patients were only experiencing moderate insomnia or restlessness. These people have been persuaded enough by legal dispensaries to trade the medicine for a new alternative. Now, 33 states and the District of Columbia all have the option of medical cannabis to treat restlessness. For many people, this option is better because of the lack of weird side-effects that often come from OTC sleep aids. Also, cannabis is just a more enjoyable experience that could relieve other conditions.

The OTC sleep industry will continue to decline as more states legalize cannabis, but they will never go under. No matter how big the cannabis industry gets, there will always be people with insomnia who don’t see cannabis as a viable option for their lifestyle. Nonetheless, those with insomnia can hopefully rest easy knowing they have multiple options for treatment.