Home News What Could the President Do About Federal Cannabis Reform?

What Could the President Do About Federal Cannabis Reform? 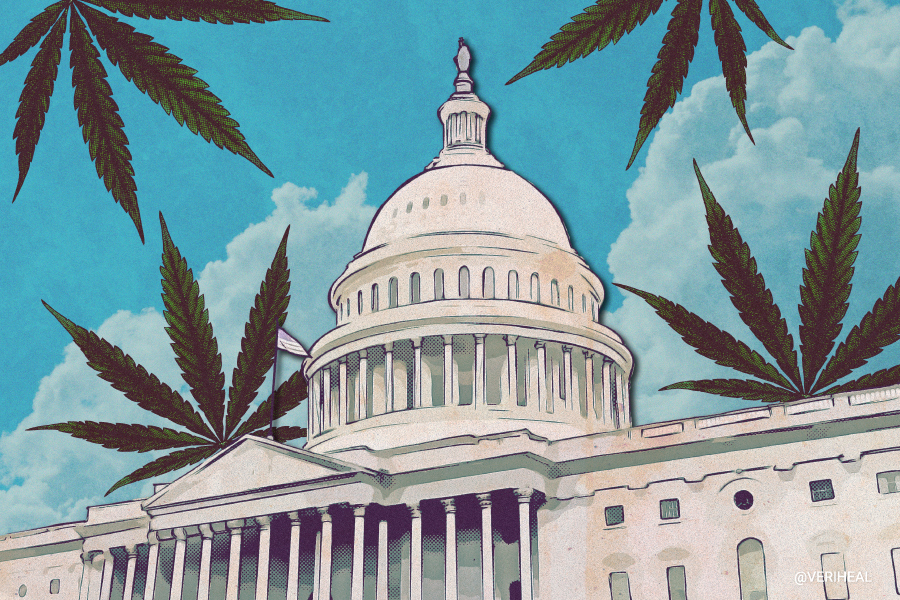 President Joe Biden appears to have bitten off more than he can chew when it comes to fulfilling promises he made during his presidential campaign. A recently released Yahoo News/YouGov poll shows that over 60% of Americans surveyed believe President Biden has not kept his campaign promises—one of which revolves around federal cannabis reform.

During Biden’s presidential campaign, he promised voters he would decriminalize marijuana use at the federal level. After over a year of presidency, Biden has made no progress on the matter. The mixed signals have aggravated cannabis advocates and disappointed the many groups that stand to benefit from federal decriminalization—recreational and medical consumers, those in prison for cannabis charges, healthcare providers, and cannabis entrepreneurs.

So what’s the issue? It’s not for a lack of research—cannabis research has ramped up drastically in the past decade, and federally descheduling it would only open doors for more research. It’s also not for a lack of support from the people, seeing as another YouGov poll found that 57% of Americans support full cannabis legalization.

Biden’s lack of progress on cannabis reform was also apparent during his time serving as vice president to President Barack Obama. The liberal administration shocked the U.S. with a crackdown on medical cannabis in the early 2010s. Rob Kampia, former executive director of the Marijuana Policy Project, told Rolling Stone, “There’s no question that Obama’s the worst President on medical marijuana. He’s gone from first to worst.”

Justin Strekal, former political director of the National Organization for the Reform of Marijuana Laws (NORML), was quoted telling media sources, “Unfortunately, we have not seen any steps or even the indication of serious consideration for a step in the right direction when it comes to marijuana policy reform and the Biden administration.”

President Biden’s actions aside, what could he do about federal cannabis reform?

The Road to Federal Cannabis Reform

Cannabis legalization sounds simple on its face, but there are a lot of factors involved, such as state rights, social equity considerations, criminal record expungement, and more. The following four acts have circulated Congress as potential routes to federal cannabis reform:

Each of these proposed pieces of legislation brings something different to the table. For example, the SAFE Banking Act includes protections for cannabis businesses, which are often forced to rely on cash-only revenue models due to banks’ hesitancy to work with them. The States Reform Act, led by U.S. Rep. Nancy Mace (R-S.C.), would deschedule cannabis and expunge non-violent records. The CAOA, sponsored by three Democratic senators, includes social equity provisions aimed at rectifying harms done to communities of color by the war on drugs.

Some of these battles need to be fought by Congress before getting to the president’s desk, but the Biden Administration isn’t doing much work for the cannabis industry on the ideological front, either. In early March, the administration issued a memo stating that prospective administration employees may be negatively impacted by cannabis investments:

“Eligibility may be negatively impacted if an individual knowingly and directly invests in stocks or business ventures that specifically pertain to marijuana growers and retailers. Decisions to willfully invest in such activity could reflect questionable judgment and an unwillingness to comply with laws, rules, and regulations.”

Whatever the reasons for the lack of progress with federal cannabis reform, it’s time they got resolved. Cannabis is currently listed as a Schedule I substance under the Controlled Substance Act (CSA), meaning cannabis is viewed by the federal government as having “no currently accepted medical use and a high potential for abuse.” With 3.6 million registered medical marijuana patients in the U.S. as of 2021 and undoubtedly millions more high-functioning recreational users, it’s safe to say this is far from the truth.