Home Lifestyle Why Does Cannabis Cultivation Have Such a Negative Impact on the Environment? 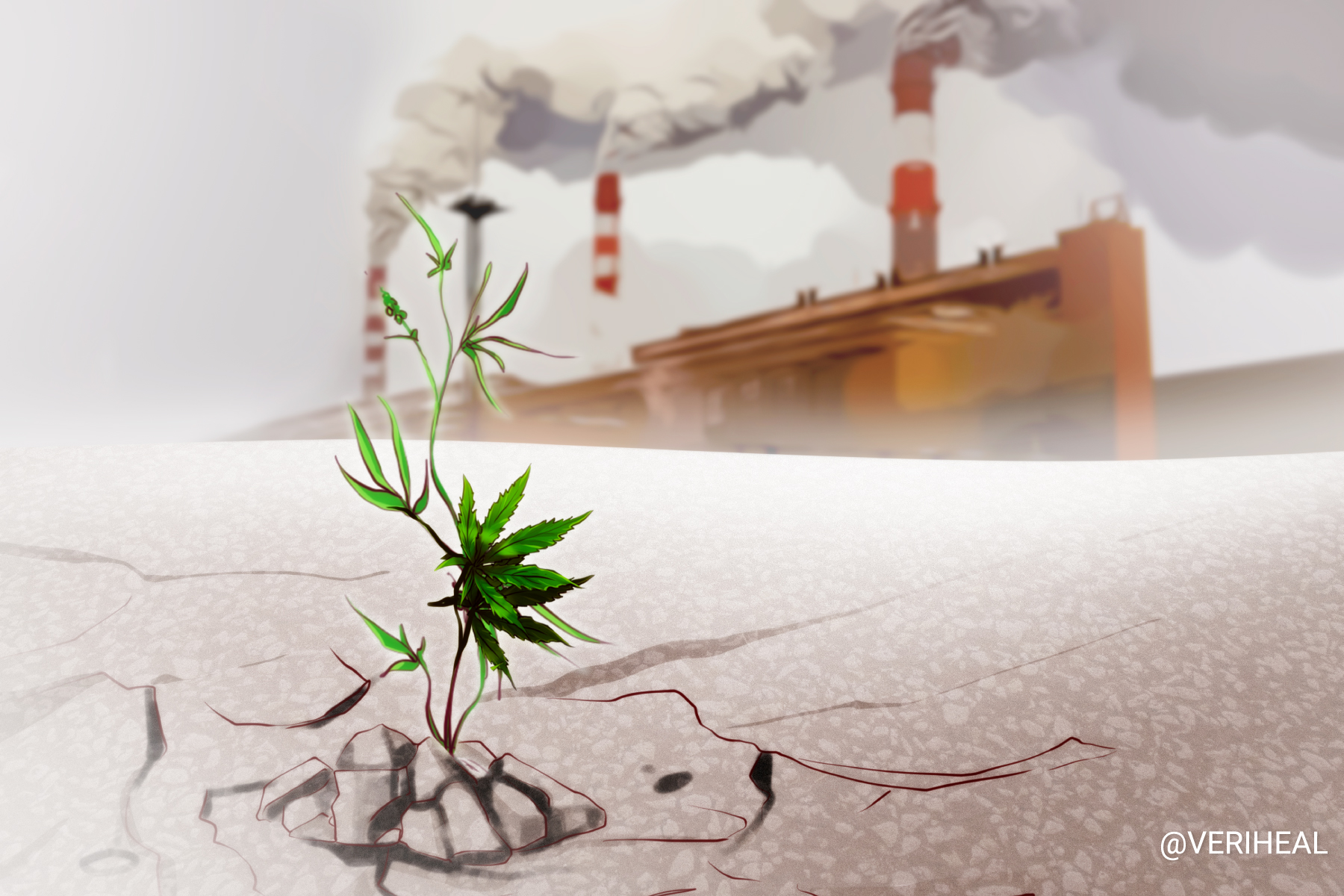 Earth Day just passed, and yet again, our planet is experiencing all sorts of horrendous disasters at the hands of humankind. Opponents of cannabis legalization like to point out the environmental impacts of cannabis cultivation and cannabis legalization. They note how much waste is created by cannabis packaging, as well as the effects of increased energy rates and runoff from nutrients and chemicals used in cannabis cultivation.

I started researching this topic, and an article that showed up at the top of the list was the environmental impact of cannabis terpenes. This research article pointed out that a team concluded cannabis had the potential to possibly double the existing rate of VOCs in our atmosphere. The team came to this conclusion by growing four strains of cannabis in an enclosed environment for 90 days, measuring the number of terpenes released. I found this odd from the start because cannabis grows very differently in an outdoor environment than it does indoors. Yes, it’s light water and nutrients, but anyone who has grown indoors and outdoors will tell you there is definitely a difference.

Decades of cannabis prohibition have forced millions of Americans to an underground market. When people are growing cannabis illegally, they either do it indoors, or they do large off-grid outdoor grows. We have all seen the pictures on the news where landscapes were trashed, littered by garbage and debris where cannabis was being grown. Trees are chopped down sometimes, and excessive nutrients, as well as pesticide runoff, make their way into the environment. Forcing people underground to grow indoors also created a huge spike in utilities. This puts a greater strain on power companies as well as our Earth’s precious natural resources.

We Don’t Grow Oranges in Every State – Why Cannabis?

If cannabis were not illegal and part of federal scheduling, things could be different. Texas and California alone could grow enough cannabis to supply the entire United States. Instead of having multiple small operations scattered across the country, larger operations could take place in these states. There is a misconception that just because cannabis is grown outdoors that it is of bad quality.

In the right environment, some of the best cannabis on the planet is grown outdoors. Texas and California both have these environments. However, current federal restrictions on cannabis prohibit the plant and the people from freedoms they both deserve. That freedom is to travel to any corner of America openly without fear of prosecution while also transporting a natural plant with them.

Cannabis grows are not the only area of concern when it comes to the environmental impacts of the cannabis sector. Extraction facilities are also a main focal point. Extraction companies often employ techniques that use solvents such as butane, propane, or CO2. These companies have machinery that also consumes power during this process.

Many of these companies are taking productive steps in helping to not only manage utility costs but lower the environmental impact of the cannabis sector by employing techniques such as running equipment during off-peak hours, utilizing energy-efficient equipment, and using techniques and methods that are proven to be conservative in the production of products.

Water is another issue when it comes to the cultivation of just about anything and cannabis is no exception. Opponents of cannabis legalization and those who push for strict regulations and rules often turn to this avenue. They point out how cannabis cultivation notoriously requires lots of water and that it takes from irrigation used for farming as well as having negative impacts on the ecosystem.

Before they go pointing the finger at cannabis, remember that there are many other agricultural avenues this finger could be pointed towards as well. Almonds, for example, are the source of many environmental issues in the state of California. The almond industry is a multi-billion dollar industry in California that sucks up a huge amount of water. You never hear people on the news complaining about them almonds, though, do you? A little bit of research showed me that one single almond requires around three and a half liters or almost 1 gallon of water to produce. That is insane!

Just imagine the United States if we were at the hands of federal almond prohibition. This is a nutty world, so anything is possible, but for now, it looks like the federal government is quite content supporting their draconian stance on federal cannabis prohibition. Cannabis remains a schedule 1 drug in the United States of America. As long as this fossilized policy remains effective, the real environmental impacts of the cannabis industry will be hard to truly and accurately measure.

Personally, I can tell you I grow indoors and outdoors. When I grow outdoors, I very rarely have to water my plants as the rain takes care of that for me. Only during very dry spells is it necessary to pull out the hose. I guess I just don’t see the water consumption they scream about. To everyone in the cannabis industry that works to make the environment a better place while growing the medicine so many love and need to live, I would like to say thank you! 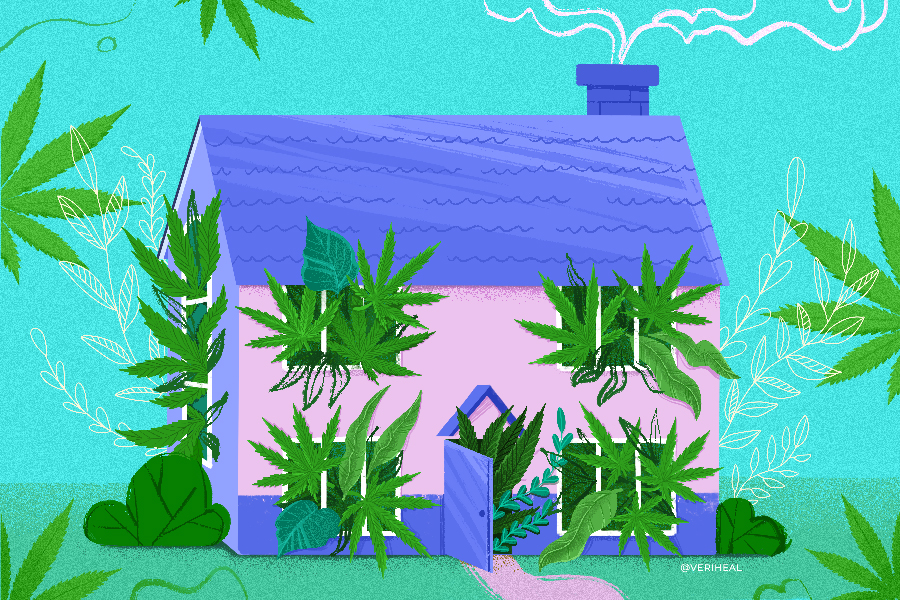 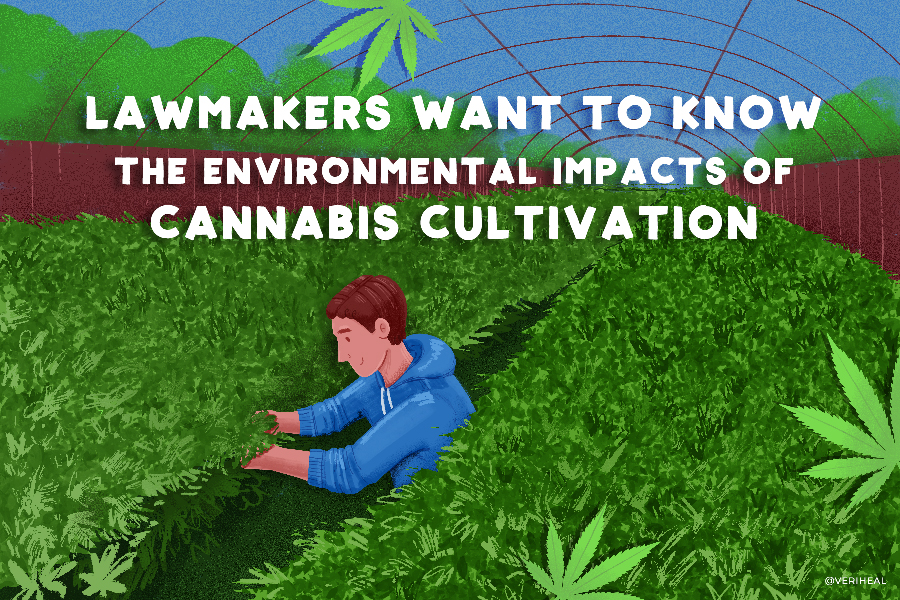