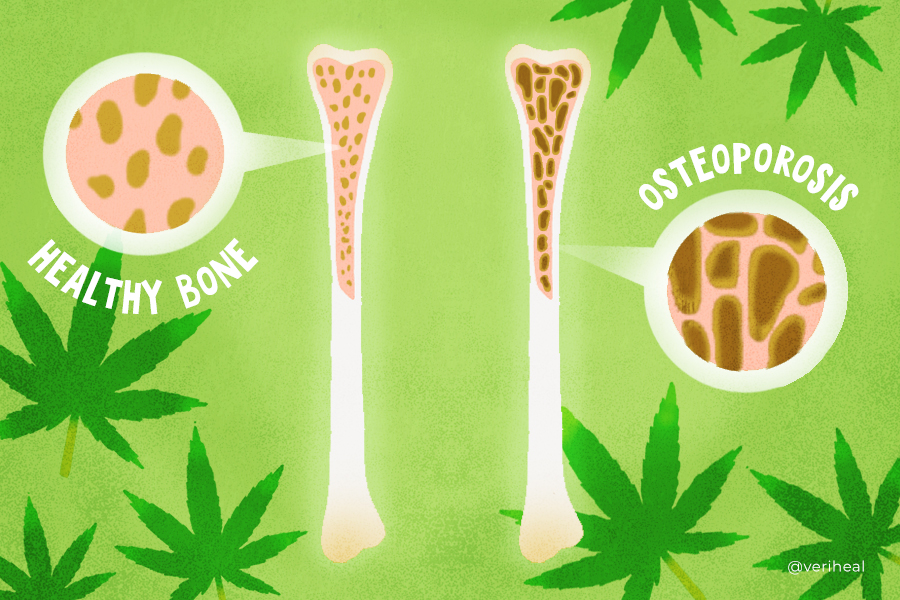 Osteoporosis, a bone disorder that causes cartilage to thin and weaken, is frighteningly common, with one in three women and one in five men over the age of 50 destined to have fractures from it in their lives, reports a study on the condition published in a 2017 edition of the European Journal of Rheumatology.

MedlinePlus, the U.S. National Library of Medicine journal, reports while anyone can develop osteoporosis, some are at higher risk than others. Some factors include age, gender, race, tiny frame and weight, family history, taking specific medicines, and low bone density. At the same time, there are several preventative methods and treatments for the condition, one of which is medical cannabis.

“Age-related osteoporosis is characterized by reduced bone formation and accumulation of fat in the bone marrow compartment. Here, we report that the type 1 cannabinoid receptor (CB1) regulates this process,” reports the study.

According to the scientific explanation, “the CB1 receptor is therefore unique in that it regulates peak bone mass through an effect on osteoclast activity, but protects against age-related bone loss by regulating adipocyte and osteoblast differentiation of bone marrow stromal cells.”

Some diseases like Inflammatory Bowel Disease, cancer, lupus, rheumatoid arthritis can cause osteoporosis, along with medicines and lifestyle choices, reports the Mayo Clinic. Sometimes-inevitable loss of bone mass with osteoporosis brings on uncomfortable symptoms including back pain, losing height with age, having a slumped posture, and easily broken bones.

There are several treatments for osteoporosis, some more evasive than others. Hormone-related therapy and bone-building medications are two ways to ease the condition. Antibody medications are also used to treat the disease, reports the Mayo Clinic, adding the drug “Denosumab is delivered via a shot under the skin every six months.”

The Journal of Bone and Mineral Research reports that the prominent non‐psychoactive cannabidiol (CBD) benefits biomechanical properties in the healing of rat mid‐femoral fractures.

Along with other noted effects, researches detailed how by “using micro–computed tomography (μCT), the fracture callus size was transiently reduced by either CBD or THC 4 weeks after fracture but reached control level after 6 and 8 weeks.” And it only gets better. Researchers are concluding that “taken together, these data show that CBD leads to improvement in fracture healing and demonstrate the critical mechanical role of collagen crosslinking enzymes.”

Not only does medical cannabis help with osteoporosis prevention, but it also eases pain, according to a 2014 European Journal of Neuroscience report, “Involvement of the Endocannabinoid System in Osteoarthritis Pain,” which states prior trials prove the endocannabinoid is an “emerging therapeutic target” for those who suffer from the painful condition.

“The ubiquitous distribution of cannabinoid receptors, together with the physiological role of the endocannabinoid system in the regulation of pain, inflammation and even joint function further support the therapeutic interest of cannabinoids for osteoarthritis,” according to the study.

As noted in the Journal of Bone Marrow and Research, the European journal also reports that medical cannabis is not just for symptoms and pain but also prevention.

“Indeed, pharmacological studies have shown the anti-nociceptive effects of cannabinoids in different rodent models of osteoarthritis, and compelling evidence suggests an active participation of the endocannabinoid system in the pathophysiology of this disease,” according to the study.

Surely more trials and studies will confirm that medical cannabis can help in prevention and aid in the pain of osteoporosis, making the condition a little more bearable. 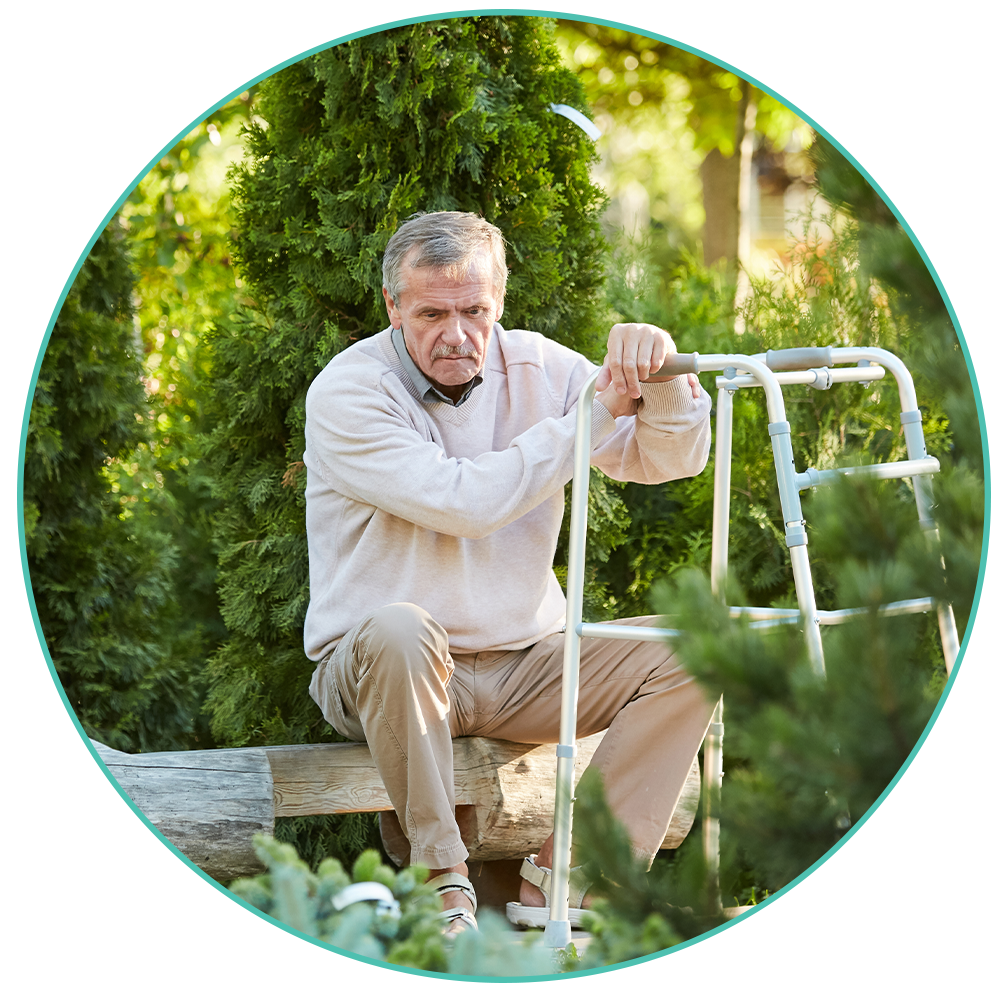