Hefty Amounts of Cannabis Keep Washing Up On Florida Beaches 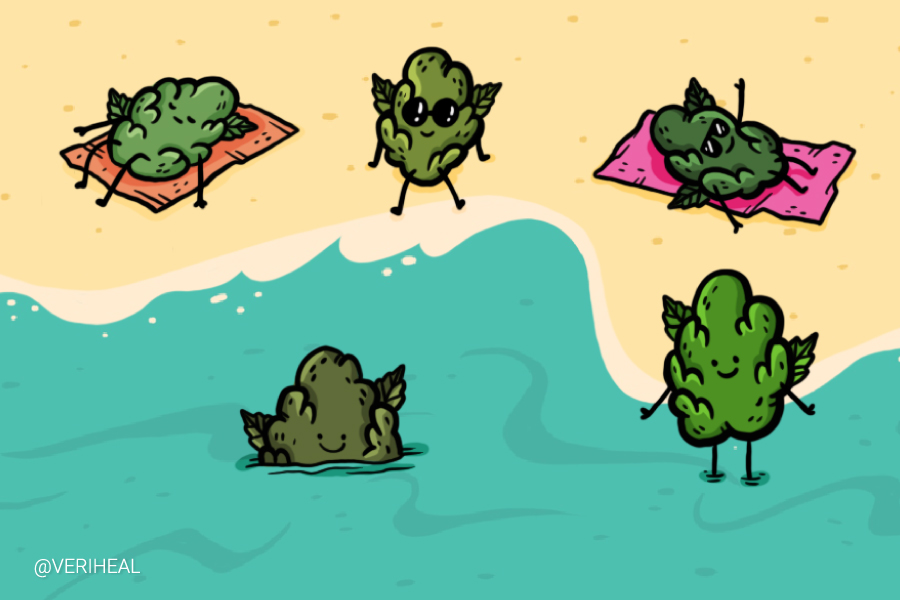 On April 30th, 2020, police in Marathon, FL were met with a strange surprise as they patroled their state’s newly opened beaches. A blue plastic barrel containing 90 pounds of cannabis had washed ashore. The officers quickly notified Border Patrol agents, who took the rogue cannabis into custody.

Finding 90 pounds of cannabis at the beach is a strange occurrence, to be sure. But what’s even stranger is that it’s not an unheard-of situation. Large amounts of cannabis seem to wash up on beaches a lot more often than you might anticipate. What’s more, Florida seems to be a fairly common location for this bizarre incident.

Sometimes the weather is to blame. After Hurricane Florence struck in 2018, big bundles of cannabis containing smaller five-kilo bricks washed up all along the shores of Florida. The prevailing theory was that a boat had capsized in the storm and the packages had been washed away by the waves, only to drift ashore later. It’s also possible that the cannabis was part of an airdrop that went awry thanks to the storm.

Floridians faced a conundrum—to grab and keep the beached bounty or to report it to the authorities? The correct legal move was, of course, to turn the cannabis over to the police, but some of it was claimed by civilians.

Witnesses saw several beachgoers leaving with the packages, and some were even photographed. They may have believed they’d gotten away scot-free, but police continued the search for the cannabis thieves, determined to bring them to justice.

‘Drugs’ on a Family Friendly Beach

Beachgoers on Alabama’s Gulf Coast were scandalized when, over Memorial Day weekend of 2019, about 21 pounds of cannabis washed up on the beach. The packages were wrapped up and had barnacles growing on them, leading police to believe that they had been at sea for a while and that they had probably been thrown overboard from a boat looking to avoid legal entanglements.

Visitors to Orange Beach were appalled. “It’s such a family-friendly beach, you wouldn’t…think that would happen out here,” one man said.

Another beachgoer added that the incident was “surprising” and that Orange Beach was “not that kind of beach.”

However, drugs washing up on the shore is not an uncommon occurrence, even in bulk quantities—it tends to happen once or twice a year. The beachgoers at Orange Beach were just unlucky, on this occasion, that the tides carried the packages in their direction.

Florida and its adjacent states are not the only places where cannabis can wash up. In September of 2019, a boat beached up on the Southern California coast was discovered to contain 41 bales of marijuana—nearly 600 pounds in all.

The boat was of a style typically used to smuggle drugs up the coast from Mexico. It was unclear how the abandoned vessel had come to wash up on the beach. The Coast Guard sent a rescue helicopter to search for people in distress, but no one was ever found.

There are a variety of causes that might result in cannabis packages washing up on beaches, but even as various states begin to legalize cannabis, it is difficult to imagine any scenario in which the cannabis that appears on beaches might do so legally. Remember that cannabis is still illegal at the federal level and thus cannot legally be brought into the United States from outside.

If you ever find cannabis on a public beach, the correct thing to do is to alert the authorities immediately and hand it over. Failure to do so could result in serious criminal charges.