We have all seen rain. Some of us have witnessed frozen rain in the form of sleet, snow, or hail. Some of us have even seen it rain fish. Here’s a question for you, though. Have you ever seen it rain cannabis? If you said yes, then you either have one crazy life, or you live in Tel Aviv. In case you missed it, a drone recently dropped 100’s of little sacks of cannabis flower all over Tel Aviv’s Rabin Square.

A message on social media read, “It’s time my dear brothers. Is it a bird? Is it a plane? No, it’s the green drone, handing out free cannabis from the sky… Enjoy my beloved brothers, this is your pilot brother, making sure we all get some free love,” and then it started raining “Green Rain.”

With blazin’ speed, authorities in Tel Aviv reported the arrest of two males in their 30’s who allegedly operated the high flying cannabis dropping green drone. According to statements across multiple Israeli media platforms, the two will be “interrogated and are potentially subject to additional punitive measures.” We pray they aren’t interrogated in an unjust or inhumane way. Perhaps instead of interrogation, Israeli authorities could just ask them some questions?

Keep Your Eyes To the Sky And Peeled For The Fuzz

With a little luck from the ganja gods, it’ll be raining green again soon in Israel. The organizers of the first green rain said, “We’re launching the ‘rain of cannabis’ project, which will include a weekly delivery to different parts of the country of 1 kilo [2.2 lbs.] of cannabis divided into free 2 gram [.07-oz] bags.” If you live in Tel Aviv and find yourself stuck without because Covid-19 makes it hard to connect with your plug, keep your eyes to the sky if you want to get high and you might just spot the green drone.

Currently, Israel only allows cannabis for medicinal purposes. Cannabis has also been decriminalized but comes with harsh punishments for some of those caught consuming the plant especially in public. Authorities in Israel are not knocking down the doors of private residents because they smell it. They are, however, focused on catching offenders smoking cannabis in public.

Cannabis is Decriminalized in Israel, or Is It?

If you happen to get caught smoking in a public place such as Rabin Square, you could find yourself facing a first time fine of 1,000 shekels or $275 USD. That is as long as you have never been caught before, or you’re not a minor, a soldier, or have a previous criminal record. The second time you get caught, you’ll find your fines double. A third time and that fine turn into being referred to a conditional procedure. A fourth time and you will be facing criminal proceedings.

Many people argue that this isn’t decriminalization at all. All the Israeli government did was add the option of fining consumers, essentially giving the police a more terrorizing grip on the public. The founder of Green Leaf, Boaz Wachtel, was quoted in the media saying,

“The reform is partially welcomed but it does an injustice to users who don’t have the means to pay the fine, and to minority groups whose abuse will continue through profiling. The police will continue to violate individual liberties without grounds. Only full legalization or regulation will bring justice to users of this magical plant and take control away from the black market and terror organizations.”

The Israeli government has set itself up to make millions off of legally exporting cannabis to other countries such as Canada. It would seem selfish, greedy, and simply wrong of the government to keep this magically misunderstood plant away from the people of Israel.

When it comes to cannabis, many governments like the US treat it like a joke. They call it a medicine, tax the crap out of it, forbid banking, have endless rules and regulations to comply with for consumers and retailers, and smile like they are doing the public a favor. What if instead of pushing private agendas and doing whatever they please, governments actually started listening to the will of the people and acting upon that will? Perhaps the news wouldn’t be filled with the countless clashes of protestors around the globe who do not see eye to eye with laws they and many others find unjust.

Israel is a country that has pioneered the research into cannabinoid therapies. Most people would expect more from them than this type of draconian behavior toward cannabis. In 2020, why are we still harassing people over a plant? After the exposure of the decades of lies by governments around the world, it’s time for the prohibition of this plant to come to an end.

Israel Reaches Over 60k Cannabis Patients But Struggles to Satisfy Them 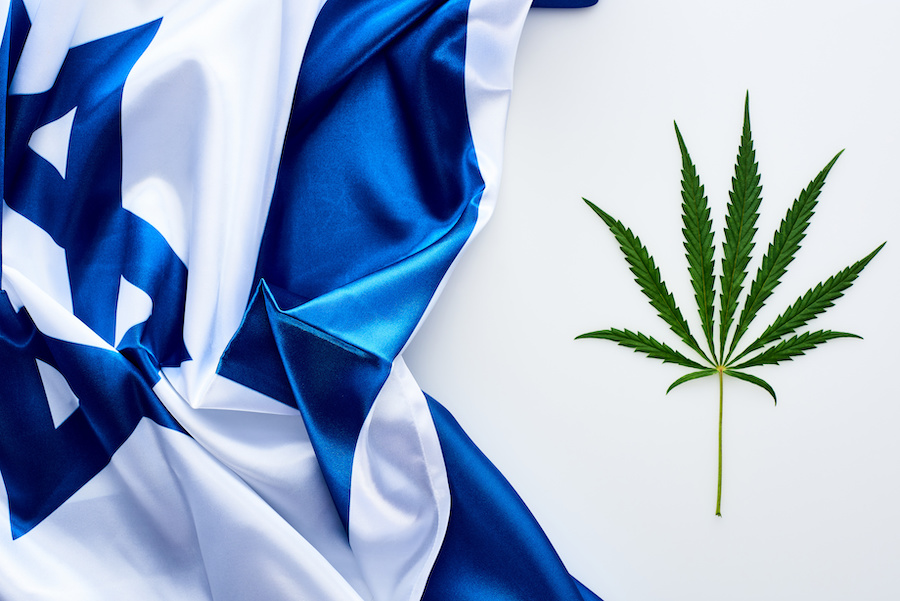 Israel: The Leading Nation in Cannabis Innovation and Research