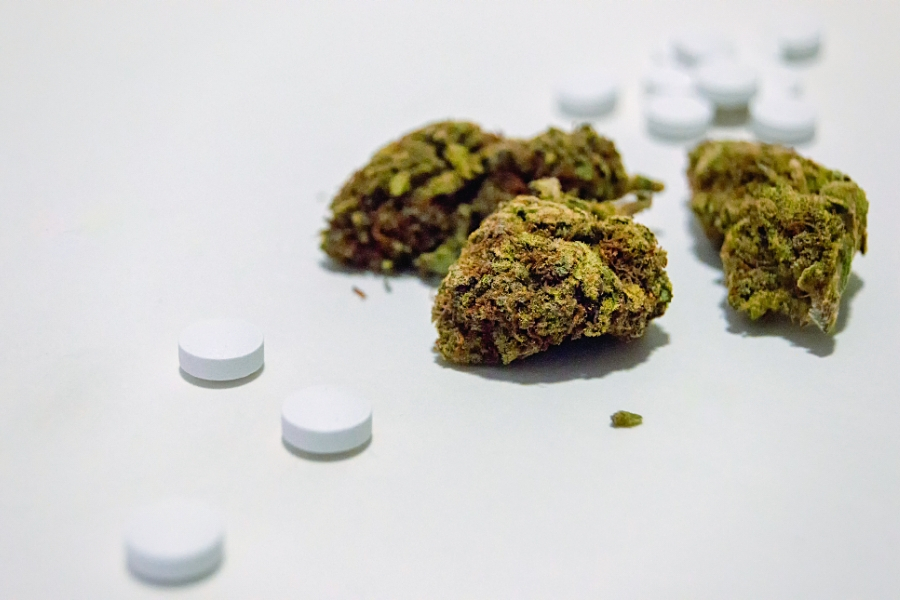 Per statistics listed on disturbmenot.co, more than 50 million Americans suffer from chronic pain, and it is the leading cause of long-term disability in America. At a global view, more than 20% of the world population deals with chronic pain daily. For many of these individuals, they are prescribed pain relievers such as the widely over-prescribed and abused opioids that we hear so much about in the news each day.

The Study That Could Change the Game

A recent pilot study conducted by Dr. Kevin Rod was recently published in the American Journal of Psychiatry and Neuroscience. The Toronto-based Chronic pain specialist recruited 600 chronic pain patients that he had served at his practice known as Toronto Poly Clinic. Among these patients, their average dose of daily prescribed opioids was equal to that of 120 mg of morphine. Of those 600 patients, 95 of them were taking anywhere from 180 to 240 mg daily to manage their pain.

The patients he recruited for the pilot study were ordered to taper their daily dosage of opioid pharmaceuticals by roughly 10% every 1 to 2 weeks. In exchange for tapering, the patients were asked to consume THC and CBD products having a range of 4 to 6% concentration. The specific doses for each individual patient were the equivalent of a half gram of cannabis a day for every 10% reduction in their opioid dose. Patients consumed these products either through vaping or sublingual consumption methods.

What the Pilot Study Concluded

Throughout the study, patients were evaluated through a web-based mental health tool known as Zendose as well as regularly monitored by physicians for pain reduction, withdrawal symptoms, and overall quality of life. The Medical Cannabis Opioid Reduction Program pilot study concluded that after six months, 26% of patients seized taking opioids at all. An additional 55% of patients reduced their opioid consumption by 30%. 19% of patients neither increased nor decreased their opioid use.

Monitoring Physicians, as well as Dr. Kevin Rod, noticed an improved quality of life, improved sleep, and satisfaction with pain control. They also noted no withdrawal symptoms from patients who had successfully decreased their opioid consumption utilizing CBD and THC products.

Dr. Kevin Rod was a speaker last year in New Brunswick at the World Cannabis Congress. Here he stated, “as front line fighters in the fight against pain, we’re always looking for new ways to treat or manage chronic pain, and it’s not very often that we have a new solution.” Cannabis very well could be the solution, and this pilot study is only one of the many solidifying research studies that we have supporting this belief.

This is, of course, in addition to the thousands of individuals out there today that will tell you firsthand that cannabis helps them to manage their pain as well as decrease their dependence upon pharmaceuticals. Pharmaceuticals such as the harmful and potentially deadly opioids that are overly prescribed globally.

Do you utilize cannabis for natural pain relief? Have you replaced your opioid prescriptions with cannabinoid-based therapies? Have you kicked your pharmaceuticals to the curb and found relief naturally with cannabis? If so, we would love to hear about your journey in the comments below.

I utilize cannabis to treat pain very successfully. Less side effects. The pain is chronic/daily and the opiods cause major side effects. Good to know Medical Science if finally seeing the light. Cannabis is a wonderful substitute for prescription pain medication. I would love to see more medical professionals support and help patients with cannabis. We lack the follow through with the cannabis treatment. Most physicians in our area(all) will not recognize or will shun use of Cannabis… This is sad since use of cannabis is a treatment that works and should have education and support by trusted medical professionals.

I couldn’t agree more Tammy! Thank you for sharing. Glad to hear you’ve had success treating chronic pain with cannabis. I hope one day it is as socially accepted as “traditional” medicines are today. #OneLoveAlways

I appreciate the time spent writing this article but it would be a much more helpful article if you listed several strains that work best for substitution of opioids and for withdrawal symptoms from stopping opioids….a list of strains for withdrawal symptoms from reducing/stopping opioids and strains that take the place of the opioids…for the pain treatment.
Thank you

Hi Richard, I see your response and the strain is best discussed with a professional @ your local Dispensary. These individuals love their jobs! They have knowledge of different strains, the best way to consume. Also working with your doctor is most important. You cant forget it is still a drug!! It will have different side effects based on many variables. Keep your communication lines open with a good Cannabis Nurse Case Manager. She can help you get all the people together to help you. Peace and love on your journey

Thanks for your comment Richard. I think you may find this article to be helpful! https://www.veriheal.com/blog/tips-on-how-to-manage-pain-with-the-help-of-cannabis-products/

Who would have thought that a plant once feared for being a “gateway drug” – a myth that has actually been debunked by the Drug Enforcement Administration (DEA) – could quite possibly be the missing piece in a complex puzzle called health?  Thanks to an ever-growing smorgasbord of scientific evidence and research, the public’s perception…

The 2020 election saw several states legalize cannabis along with a handful of others who’ve legalized in 2021. Legal access in the…

Do you love ganja? Do you love the variety of ganja that you have today? If you answered yes to either of…