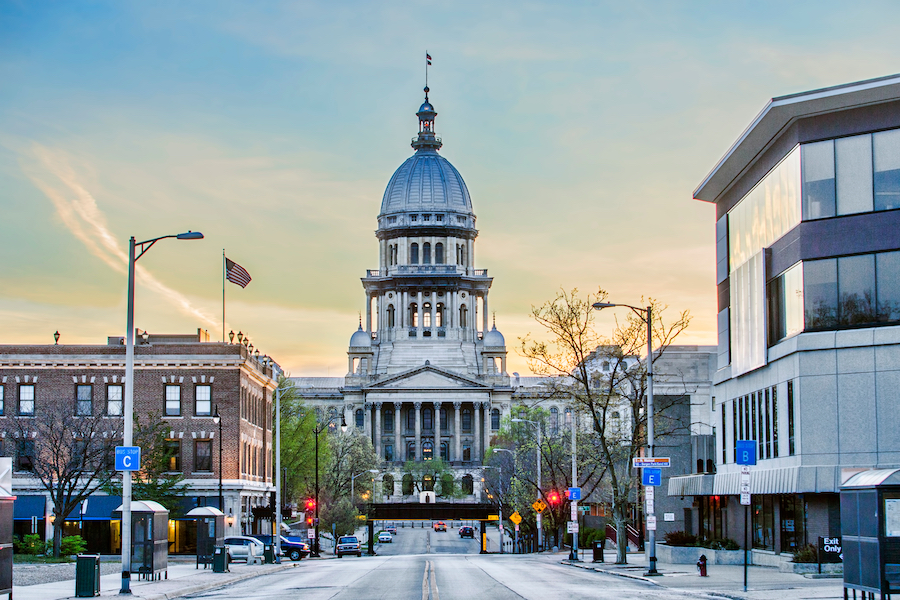 The city of O’Fallon voted to ban recreational cannabis sales within its city limits. This comes as a surprise to many residents as well as those looking forward to recreational marijuana, which is to come into law after 1 January 2020.

After the new year, any Illinois resident will be able to purchase marijuana if they are aged 21 or older. The state is planned to reap massive rewards—like many others—from the dropping of marijuana prohibition: a $2 billion market is expected to be developed, an industry that would bring many net positives to the state.

Included in HB 1438—the new law—is also a criminal justice reform movement that will expunge around 770,000 criminal records. This means that all of those convicted of possession up to 30 grams will receive an automatic expungement. Individuals with possession convictions of 30-500 grams may appeal to the courts. This part of the law offers one of the largest and grandest criminal justice reforms surrounding marijuana, and it will change the way other states consider clemency as they, too, adopt less restrictive marijuana policies.

O’Fallon’s decision to ban marijuana sales in their city limits comes as a shock in a time of victory and celebration. For many in the state, the total legalization of cannabis means freedom, tolerance, and inclusion. The city hasn’t banned marijuana use, but the lack of dispensaries could present serious troubles for those with limited mobility, a lack of resources, or other issues that would prevent them from leaving the city in order to obtain marijuana. Further, the lack of sales will mean a missed opportunity in profits, profits that could be used for better city programs and more.

There is a chance that O’Fallon can reverse the ban. In March 2020, a vote may be held to review the ban, and if enough support is shown the ban could very well be lifted. Until then, however, residents will have to find their marijuana elsewhere.

One major downside to a city-wide ban on legal marijuana sales is that the black market will continue to thrive. There is always the chance that residents searching for marijuana will turn to illegal sales. Illegal markets for marijuana undercut the state, and the state ends up the loser in the long run. Lost profits, increased crime, and further demonization of cannabis are all possible outcomes.

Allowing legal marijuana sales does not lead to degeneracy, despite what the city council might O’Fallon believe.

For starters, teen drug abuse involving marijuana declines. Studies have shown this, and it is becoming widely accepted knowledge that the legalization of pot doesn’t send kids into drug abuse. If anything, having legal access to marijuana teaches respect, patience, and acceptance.

In an interview with Fox 2 St. Louis, O’Fallon Mayor Herb Roach (yes, that is correct) stated that the city “is known to be a safe community…and a good place for families to live.” Allowing the sale of legalized marijuana does not equate to unsafe activity nor a rise in crime. If anything, it will lower crime as adults will have safe, secure access to marijuana instead of relying on drug deals and the black market.

States that allow both recreational and medical marijuana do well from a financial perspective.

If marijuana was legalized on a federal level, those numbers would be much higher.

According to New Frontier, federal legalization could see upwards of $131 billion in tax revenue in the next 5 years. These numbers speak for themselves, and while Mayor Herb Roach claims that O’Fallon’s decision has nothing to do with the money, his decision needs to be reconsidered if only because of the potential benefits that his city could see from the increased tax revenue.

What Do I Do If I’m In Illinois?

If you are a potential medical marijuana patient in Illinois, consider letting Veriheal help you. We have licensed physicians ready to meet with you from the comfort of your home. In no time at all, you can get approved for medical marijuana treatment. Everything is done online. The process is non-invasive, private, and simple.

For residents of O’Fallon, we’ve got your back. Any questions, comments, or concerns that you have, send our way.