Recent Cannabis Research Studies and Discoveries You Should Know About 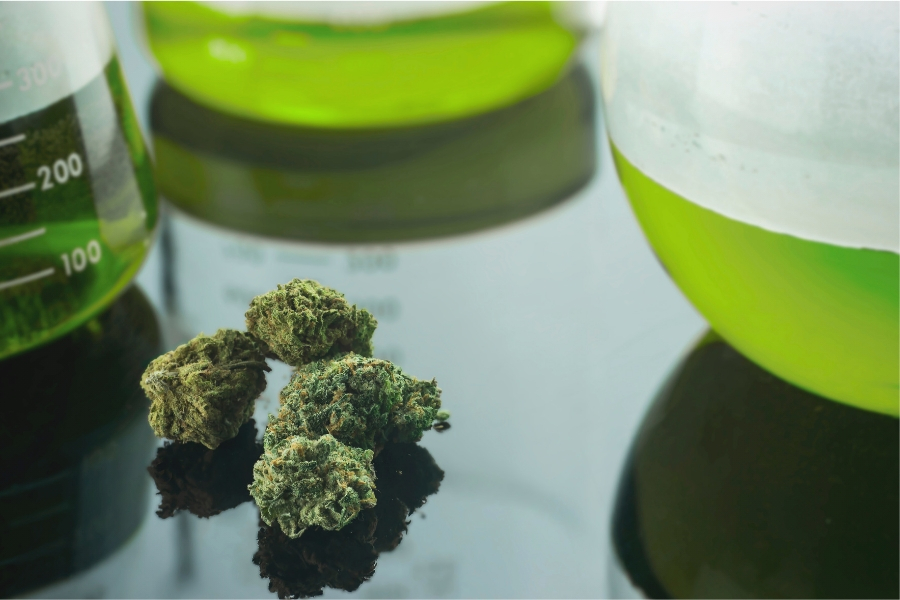 Cannabis is a hot topic in the medical and pharmaceutical industries, with 33 U.S. states now having permitted the plant as a treatment for various illnesses/ailments. Legalization is spreading further afield, too. The European cannabis market is slowly but surely taking off and Canada completely legalized the plant in October under the terms of the Cannabis Act (Bill C-45).

By the year 2026, the global medical cannabis market is predicted to inflate at a Compound Annual Growth Rate (CAGR) of 29.3 percent; reaching a $56.7 billion valuation. Cancer, chronic pain, seizures, HIV/AIDS and nausea are just a handful of the most commonly diagnosed conditions that can be treated using cannabis.

Although research has been halted by the U.S. Government’s prohibitionist approach to cannabis, more research is being unearthed on a daily basis into the plant’s suitability as a pharmaceutical aid.

Let’s take a look at some of the most recent cannabis research discoveries worth talking about:

According to a study straight out of Washington State University, government regulators could benefit from using their latest string of research discoveries to spotlight the plant’s medical potential. Since the Food and Drug Administration (FDA) is clamping down on companies that make commercial health claims about cannabis, hemp, and CBD-containing products, it is crucial that fresh research is able to support those claims.

The WSU’s genetic analysis into the plant’s medical properties and its chemical characteristics are said to be the first investigation of its kind. Existing methods are not sufficient to support medical claims about the plant and its derivatives, says a professor at the university’s Institute for Biological Chemistry, Mark Lange.

He says that regulators usually hone-in on the amount THC (tetrahydrocannabinol) contained in cannabis, without even giving any thought to the 100+ other cannabinoids contained in the plant. His team’s findings were published in the journal Plant Physiology.

Lange and his group of analysts looked into the genetic sequences of nine commercial strains of weed. What they discovered was that each strain consisted of a unique genetic composition, which demonstrated the plant’s terpene and cannabinoid production.

Perhaps the most beneficial aspect of the WSU research was the clear distinction between cannabis and hemp plants that Lange and his team succeeded in drawing up.

The Association Between Cannabis Product Characteristics and Symptom Relief

From June 6, 2016, to May 5, 2018, the University of New Mexico conducted a study where a total of 3,341 medical cannabis patients utilized a software called Vivo. Using the mobile-accessible device, 19,910 self-reported cannabis sessions were submitted by the study participants.

The ReleafApp was also used to input data relating to the specific type of cannabis being consumed by each person, e.g. concentrated forms of weed, topical solutions, dried bud/flower, edibles, and potent tinctures. In addition to this, the app logged information related to the product’s cannabinoid content, as well as whether the product was derived from the cannabis subspecies (indica or sativa), its effect on each patient’s symptom ratings and the chosen method of combustion to achieve such effects.

Levels of symptomatic relief were recorded before and after the administration of the drug. On average, patients rated symptom improvement across 27 categories at 3.5 on a scale of 11 points. Of all the products tried by the study subjects, dried flower was most effective.

Consumption of cannabis and hemp’s non-intoxicating cannabinoid CBD (cannabidiol) did not trigger any major changes in symptoms, nor did it produce unwanted side effects. THC, on the other hand, reportedly produced better overall relief from symptoms.

On June 1, the findings of an animal study carried out by Colorado State University researchers was published in the Journal of the American Veterinary Medical Association. A total of 16 dogs participated in the study, which collected data from 2016-2017. The aim of the study was to monitor the short-term effects of CBD on seizure frequency.

Nine dogs were administered with CBD and an additional seven dogs were treated with a placebo. During the one-year clinical trial, which saw 89 percent of the dogs experience a noticeable reduction in seizure frequency after receiving medical cannabis as a treatment.

Dr. Stephanie McGrath led the pilot study, which she described as “promising and exciting.” McGrath is a neurologist who works in the university’s James L. Voss Veterinary Teaching Hospital.