Home Research What Does New Cannabis Research Tell Us About the Entourage Effect?

What Does New Cannabis Research Tell Us About the Entourage Effect? 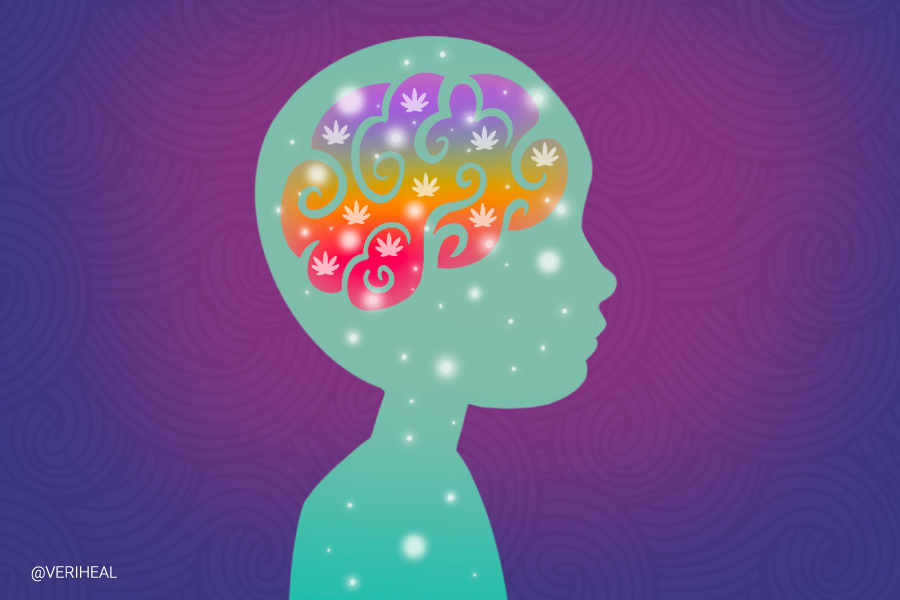 Tetrahydrocannabinol (THC) and cannabidiol (CBD) are two of the well-known cannabinoids found in the cannabis plant. THC causes the intoxicating effects of cannabis, while CBD is known for medicinal uses like preventing seizures, treating inflammation, and reducing chronic pain. But did you know that cannabis contains more than 150 different cannabinoids? The entourage effect (also known as the “ensemble effect”) is the theory that, when combined, compounds in cannabis create effects that are superior to the effects of the individual compounds.

The Synergy of Cannabis Compounds

The term the “entourage effect” in cannabis culture was coined by Dr. Raphael Mechoulam (the same researcher who discovered THC) and Dr. Shimon Ben-Shabat in 1999 to describe the increased effect that cannabinoids have when they are present together, instead of when used in isolation.

In other words, it’s the theory that the varying compounds found in cannabis combine to produce benefits that may be superior to the effects of the individual compounds when treating medical conditions or when trying to target a specific symptom.

When taken on its own, THC produces many health benefits, but it also may produce the intoxicating effects known as a “high.” Unfortunately for some, this is also accompanied by feelings of anxiety and fear. However, when using CBD with THC, the two cannabinoids synergistically combine to reduce anxiety, inflammation, pain, and improve depression (2). In fact, CBD can reduce the intoxicating effects of THC, which is beneficial for many medical cannabis patients. Some studies suggest that THC combined with CBD may be more helpful for reducing pain than THC used alone (3). Additionally, when combined with THC, CBD has been used in the treatment of opioid addiction.

Traditional plant-based medicine like medical cannabis contains a wide array of therapeutic compounds, whereas synthetic pharmaceuticals generally contain isolated, single molecules. The result is a synergy of effects that some patients and cannabis users report benefiting from.

Neurologist and psychopharmacologist Dr. Ethan Russo, M.D., further popularized the entourage effect of cannabis in 2011 (2). He quoted Dr. Mechoulam and Dr. Ben-Shabat’s work in 1999: “This type of synergism may play a role in the widely held (but not experimentally based) view that in some cases plants are better drugs than the natural products isolated from them.”

Some may argue that full-spectrum cannabis extracts, in place of isolated cannabinoids like synthetic THC and CBD isolate, may provide superior effects for those seeking relief through medical cannabis. This idea is increasingly supported by research. But there are many patients who report that CBD isolate or THC isolate helps their symptoms for conditions like epilepsy and chronic pain. When it comes to the hundreds of compounds naturally occurring in cannabis, we have a lot to learn.

How Do Terpenes Play a Role in the Entourage Effect Theory?

Terpenes are compounds found in plants that are responsible for different aromatic characteristics and scents. Terpenes are the same compounds that make aromatherapy possible. Different cannabis strains contain different combinations and amounts of terpenes, which may tell us more about an individual strain’s effects than the categories indica and sativa. Learn more about terpenes here.

We spoke with cannabis educator and consultant Emma Chasen. She is the co-owner of Eminent Consulting and oversees educational programs for cannabis professionals and enthusiasts. Chasen noted that, “terpenes have promoted therapeutic effects via our olfactory system. Smelling the terpenes, before consumption, may have aromatherapeutic impact and influence on a cannabis experience.”

Let’s look closer at some of the popular terpenes found in cannabis:

New Information on Terpenes and the Endocannabinoid System

Due to barriers to cannabis research, there’s still a lot we don’t know about how these compounds and agents interact together at a molecular level. New research published this year in the journal Frontiers in Pharmacology showed that terpenes do not mediate an entourage effect by binding on the cannabinoid receptors CB1 or CB2. However, terpenes most likely contribute to the therapeutic effects of whole-plant cannabis in other ways (4).

We asked Chasen about these new findings. “Scientists found terpenes have little binding affinity and ability to influence signaling pathways from CB1 or CB2 receptors. However, this does not mean that terpenes are not exercising some influence on the cannabis experience outside of CB interactions.”

Chasen further describes the ways in which it is possible for compounds in medical cannabis to interact that go “far beyond cannabinoid receptors.” For example, “Compounds can engage with endocannabinoids, enzymes that modulate signaling, receptor families, as well as additional factors that modulate therapeutic pathways such as inflammation and pain.”

“Terpenes may also help the body uptake cannabinoids via different consumption methods and attenuate their activity at additional receptors beyond CB, such as TRPV1m,” and “through additional physiological pathways outside of the endocannabinoid system,” Chasen explains.

We know that there are many cannabinoids found in medical cannabis that work together to create strong, therapeutic effects. There is still much to learn about cannabis, especially due to barriers to proper cannabis research, but there are six main cannabinoids that are thought to play important roles: the previously mentioned tetrahydrocannabinol (THC) and cannabidiol (CBD), but also cannabigerol (CBG), cannabinol (CBN), cannabichromene (CBC), and tetrahydrocannabivarin (THCV). All of these are known for producing different medicinal benefits.

Cannabinol (CBN) – When combined with THC, cannabinol (CBN) has a sedating effect that may provide relief for those suffering from sleep disorders like insomnia. Thus, CBN is also called the “sleepy cannabinoid.” CBN forms when THC oxidizes; the older the cannabis, the more CBN it will contain. This minor cannabinoid is also thought to have anticonvulsant properties that may aid those with pain and inflammation (2).

Moreover, Dr. Fisher observes that “THC and CBD also relieve pain and inflammation, but they do so by using different mechanisms of action than those used by CBN. So THC, CBD, and CBN work together to create an entourage effect, thereby addressing pain and inflammation far more effectively as a combination than any of the individual compounds could achieve separately.”

Cannabichromene (CBC) – Cannabichromene (CBC) is another cannabinoid like CBD that is not intoxicating. CBC is effective at fighting inflammation, which is thought to be helpful for irritable bowel syndrome and chronic pain. When combined with CBD and THC, CBC works as an antidepressant (2).

Dr. Russo goes on to say in his 2011 paper that cannabis synergy has the potential to enhance the therapeutic effects in the “treatment of pain, inflammation, depression, anxiety, addiction, epilepsy, cancer, fungal and bacterial infections (including methicillin-resistant Staphylococcus aureus)” (2).

What Does the Current Research Say About the Entourage Effect?

As noted by all of the cannabis experts we spoke to, more research is needed to fully understand the theory of the entourage effect, what these compounds are fully capable of, and how they work together at a molecular level.

Dr. Annabelle Morgan, PhD, is a cell and developmental biologist. Dr. Annabelle educates worldwide on medical cannabis legislation, research, and medical product standards. Incredibly, she was able to formulate a new CBD oil that enhanced the ability of her son’s brain to compensate for its 38% surgical resection as a baby and drastically improved his seizures. Thankfully, her son Macario is now flourishing.

Dr. Annabelle explains that much of the past evidence supporting the entourage effect in cannabis has only been anecdotal.

“Without the molecular data on the individual compounds within the plant, how do we measure what a grouping of the molecules do together? Indeed, the conclusive clinical studies that have been done should now support the breakdown of the plant, molecularly, and provide definition to the synergies that are thought to exist,” Dr. Annabelle told us.

But the future is hopeful. Dr. Annabelle hopes that in the near future, “the scientific community can innovate the industry with specific cannabis selections for specific conditions and the argument on which products are more beneficial can be proven and clear.” She adds that, “I strongly believe that this is a major gap in the industry that once understood, can lead to the innovation and possibilities in cannabis that we all wish to see.”

Whether you are new to medical cannabis or not, a personalized consultation with a cannabis coach can help you discover how to target cannabinoid and terpene profiles to treat your specific condition(s) and get the full benefits of this healing plant.

Samantha Velez is passionate about connecting with others in the cannabis community and is particularly interested in how cannabis can help women living with PTSD.

I suffer from depression, PTST, migraines and anxiety.