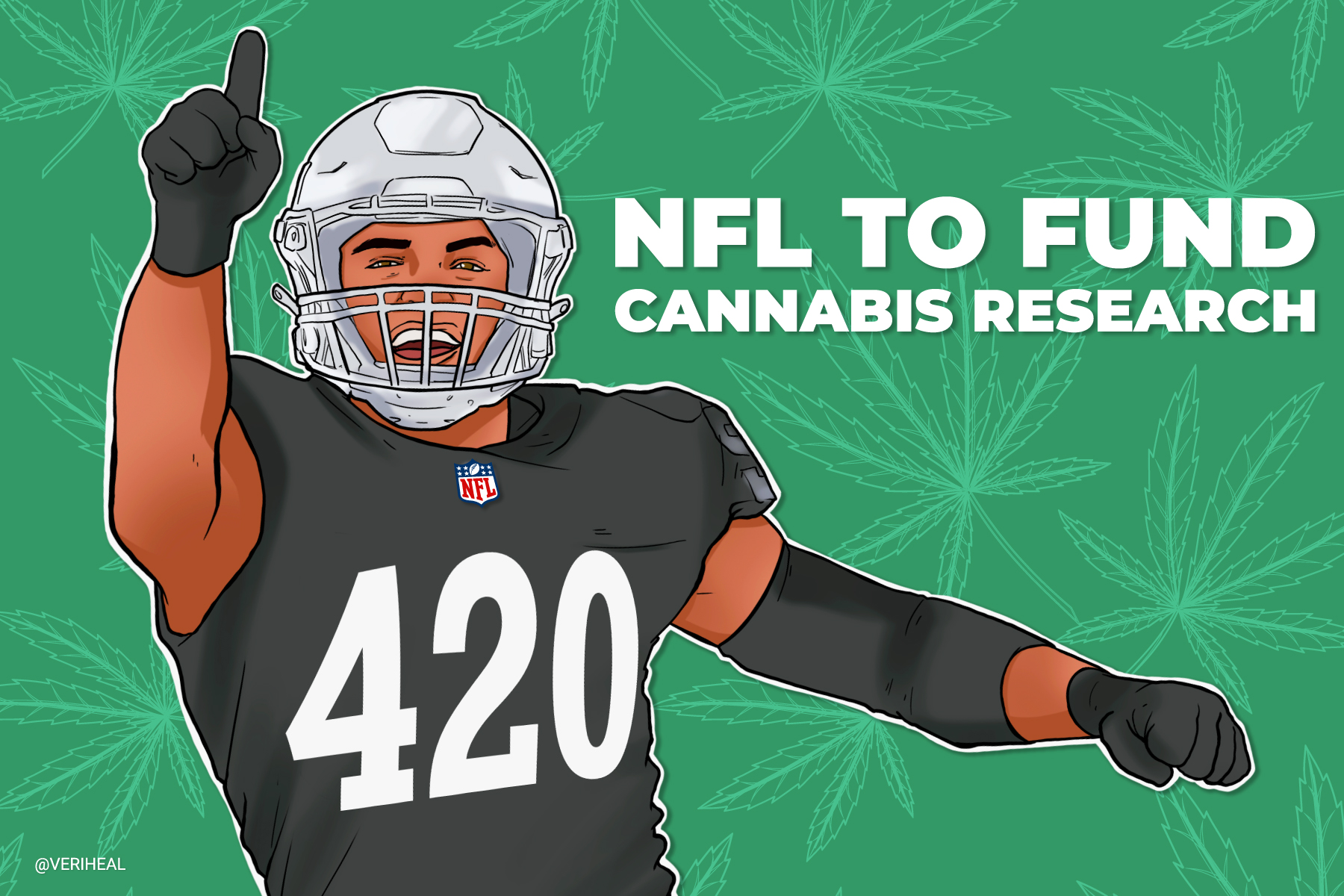 It is a sad day in America when private corporations like Amazon and the NFL are making bigger moves to support the public opinion of cannabis than the elected representatives in the US government. The National Football League has taken proactive steps moving forward into the future with a research grant to explore potential therapeutic attributes of CBD, cannabis, and other options to treat pain other than opioids. Currently, the NFL doesn’t have a problem generating money if you go by most people’s income. The NFL averages around $15 billion annually. To put that in perspective financially, the cannabis industry is predicted to produce $24 billion in sales this year. Not bad for an industry that hasn’t been in legal business since the 1940s.

The NFL has recognized this and decided to award up to $1 million in research grants toward investigating the therapeutic potentials of cannabis and other alternatives for treating pain. The government is doing what they do best when it comes to cannabis legalization, and that is beating around the bush. They pretend like it doesn’t really matter. When people try to stand up to these bullies, they just prolong things hoping people will either go away, forget about it, or possibly just perish. This is exactly what happened in 2017 when at the time, 12-year-old Alexis Bortell, along with others like Marvin Washington, a former NFL lineman, sued the United States federal government over keeping cannabis a Schedule 1 drug. The case was dismissed but then reinstated in a federal appeals court, where it still sits to this day.

The federal government might want to take a couple of notes from the NFL. In March of 2020, NFL team owners removed the possibility of players being suspended over positive drug tests. This covered all drugs, not just cannabis. In January of this year, the UFC announced athletes who tested positive for cannabis would no longer be subjected to penalties. It continues on with the NBA and the NHL. Now, if we could just get the USFG to see this way. When considering the benefits of cannabis legalization, let’s look at why the NFL is exploring other options for treating pain.

The opioid epidemic is real. It is still here and has not gone away despite COVID-19, 5G, and all of the other news headlines that has covered it up. More people misused prescription drugs in 2019 than heroin. That says a lot. According to government statistics, 10.1 million people over the age of 12 misused opioids. To be a little more specific, 9.7 million of them misused prescription painkillers, while only 745,000 were reported using heroin. This is a staggering and alarming statistic.

Drugabuse.gov estimates the economic burden of prescription opioid misuse in the United States alone to be worth around $78.5 billion dollars a year! They say that somewhere between 21 to 29% of individuals that are prescribed opioids misuse them. 8 to 12% of these individuals develop opioid use disorders and 4 to 6% transition to heroin. The issue is considered to be a Public Health Crisis, and new options and alternatives for pain management and the treatment of chronic pain need to be explored.

People in the United States and around the world have been screaming for decades that cannabis helps relieve their pain. Individuals suffering from chronic pain, arthritis, stress, depression, anxiety, and much more find relief through therapeutic cannabis. It is actually very welcoming to see the NFL looking into the option of cannabis as a potential treatment for pain for the athletes that make this sport what it is.

Even with the NFL research grant, the organization is still not a stranger when it comes to showing support for cannabis; well, at least the players are not. Legends throughout the NFL such as Jim McMahon of the Chicago Bears, Eddie “Boo” Williams of the New Orleans Saints, Nate Jackson of the Denver Broncos, and Eugene Monroe of the Baltimore Ravens all have a very strong stance supporting cannabis legalization and medical cannabis.

Cannabis is currently recommended by physicians across the country for a multitude of different reasons. Cannabis is found to help patients control symptoms of stress, depression, anxiety, nausea, migraine headaches, menstrual cramps, seizure disorders, arthritis, Alzheimer’s disease, and dementia, along with a continually growing list of ailments.

Cannabis as a Medicine Isn’t Just Balms and Blunts

Some people have a miscued perception of how cannabis would help NFL players with pain. They envision everyone sitting on the sidelines smoking joints, blazing blunts, and passing around balms to help their pain. The next thing you know, the players will all be laughing on the field, just standing there mindlessly waiting to run to the Gatorade cooler. This couldn’t be further from the truth of what cannabis could actually do on the sidelines for NFL players.

One of the most powerful methods of consumption for treating chronic pain with cannabis is FECO or full extraction cannabis oil. This is the stuff that you hear about patients with cancer and seizure disorders finding success with. It’s not always about THC; many other cannabinoids such as CBD, CBG, CBN, and others play important roles in pain management and many other avenues of health and wellness.

The US federal government should look at the NFL and learn from them. Stop the madness and put an end to cannabis prohibition. Usher in a new era that begins to make right the wrongs of the past. We all can see what happened. It was a good ride for many of you while it lasted, but the days of yesteryear are close to an end. The NFL supports cannabis; why can’t you?