Home News Cannabis Legalization is Challenging Democracy in Many States

Cannabis Legalization is Challenging Democracy in Many States 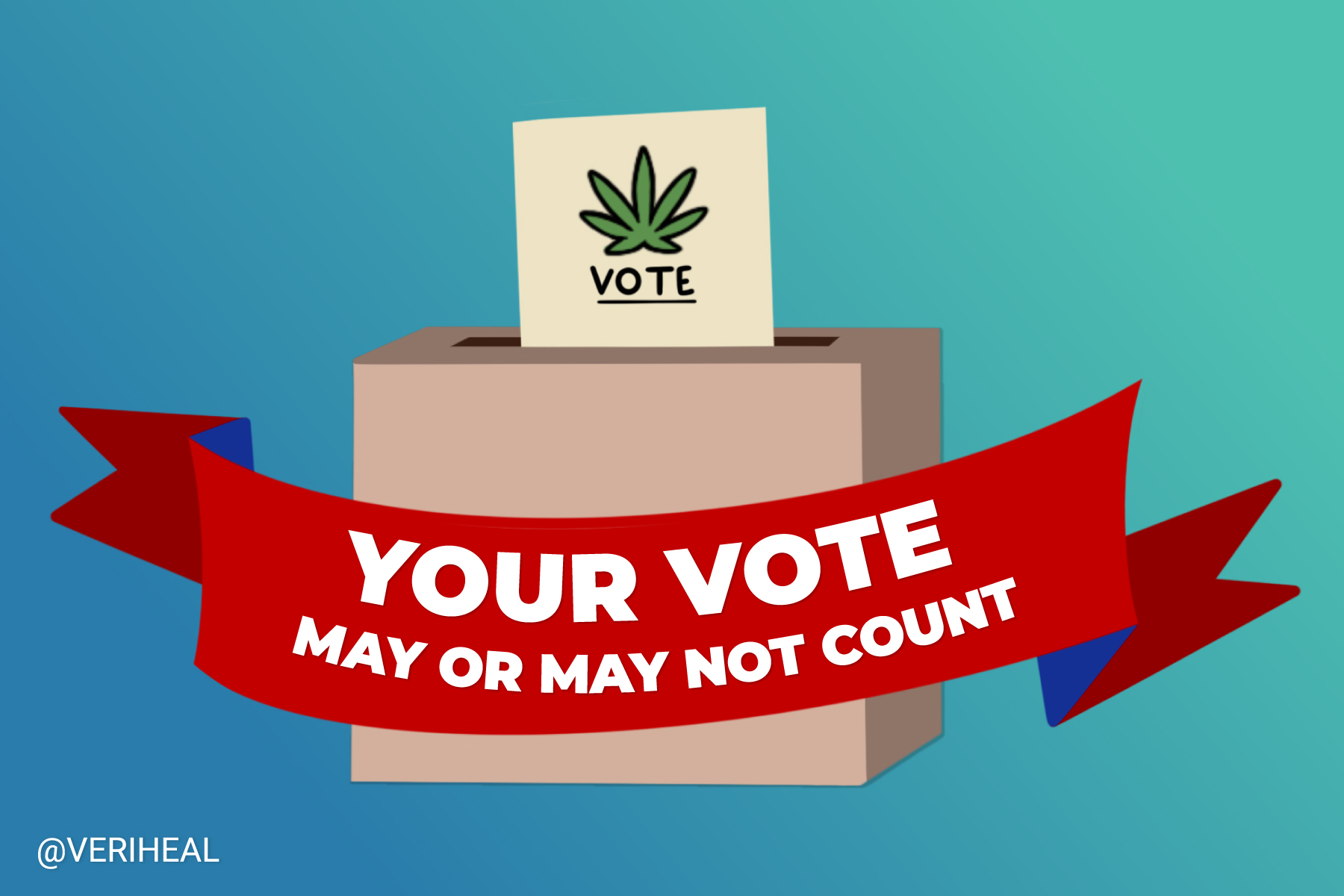 Lawmakers in South Dakota seem to believe they know what’s best for the citizens of their state. In fact, so much that they will overturn a democratic vote because they disapproved of it. The last I checked, democracy meant that elected politicians were supposed to support the will of the people, not their own private agendas. This is obviously not the case in South Dakota. There is a similar disturbance in the force happening in Mississippi as well. What do we do about lawmakers that believe their opinion is more valuable than that of the people? It’s one thing to think your opinion is better than others, but it is another to overturn a majority vote because you don’t agree with it.

What Just Happened to Democracy in South Dakota?

In South Dakota, recreational cannabis was voted on, and it passed. Amendment A was voted on and passed with 54% of voters in South Dakota in favor of a constitutional amendment that legalized retail cannabis in the state. Adult residents in the state of South Dakota would have been allowed to license, grow, and sell cannabis. It was a great day for people across South Dakota. A day seems to be all it lasted. In no time at all, a South Dakota circuit judge rejected the people’s vote. The South Dakota circuit judge Christina Klinger was appointed by the state’s Governor Kristi Noem who is notoriously anti-cannabis. Judge Klinger rejected the ruling on the basis of it being unconstitutional. Klinger said that Amendment A would have far-reaching effects on the basic nature of the state’s government to the point of it being unconstitutional.

Apparently, this judge believes 54% of the voting population in South Dakota supports unconstitutional laws in their state. It also seems that this judge feels it would be easier to just ignore voters than deal with the changes in policy and enforcement it would bring. Of course, the ruling will be challenged in the state supreme court. A lawyer representing South Dakotans for Better Marijuana Laws is already planning to appeal the ruling.

Similar Occurrences Across the United States

Citizens in South Dakota are not alone. In similar occurrences, Idaho just pulled an asinine move attempting a constitutional ban of cannabis in the state, and Mississippi residents are facing a very similar situation.

In Mississippi, medical cannabis was voted on and passed. The opposition spoke their mind, and groups like The American Medical Association tried to convince residents and voters that legal cannabis was no good for the state. That is not the way voters saw it, though. Now that the vote has passed, the American Medical Association has asked the court to overturn the vote citing significant risk to public health. Perhaps they prefer you take your valium, Xanax, Prozac, methadone suckers, or oxycontin, suck down your Suboxone and be a good citizen.

In Idaho, the senate majority voted in favor of a constitutional ban against the legalization of cannabis, solidifying Idaho’s claim to being the only state in the United States with absolutely no tolerance for cannabis in any form whatsoever for any use. It seems they like it when people comply. When the people vote against the will of lawmakers, these lawmakers show their true colors. It’s sad to see that freedom isn’t freedom anymore. No wonder people question elections. When something as simple as a solid vote passes and can be easily overturned or attempt to be overturned by individuals wasting countless amounts of revenue, it is a sad day. There are so many more issues at hand we should be focusing on.

Legalization Can Address the Serious Issues

Ironically, many of the other issues we could be dealing with instead of wasting time legalizing, banning, and challenging appeals could be significantly impacted by simply legalizing cannabis as it should be once and for all. If we were to legalize, we could utilize the funds to help our economies in unthinkable ways. We could utilize hemp for the thousands of products it could produce that currently depend on deforestation to be manufactured. By mass planting cannabis and hemp around the world, we could also start to clean our air and soil. This is just the tip of the iceberg and to see lawmakers and organizations such as the ones mentioned above challenging the vote of residents in these states is utterly maddening.

We waste hundreds of thousands if not millions of taxpayers’ dollars each and every year on housing nonviolent cannabis offenders, challenging the draconian laws of prohibition, and now it seems we are wasting them having to challenge lawmakers that feel they should challenge voters simply because they do not agree. Representatives are supposed to represent. It seems these days, like many in the past, our so-called representatives seem to be representing their own agendas rather than the viewpoints and wishes of their constituents.

Seems the ghost of William Randolph Hearst has come back to haunt us in the form of the greedy AMA and law makers, and it probably all comes down to special interest groups, I grew up in South Dakota…all they’re going to accomplish is the exodus of people leaving the state, and South Dakota doesn’t have many citizens to begin with. I say let them have their way! There’s a lot of pot smoking revenue roaring through the state every august going to sturgis and as surrounding states legalize cannabis, and also have bike rally’s we’ll just let South Dakota remain poor!

Absolute insanity ,too stubborn to see the benefits that cannabis possesses.

Great article. I almost c I mpletely agree with everything I need said the only slight problem I would have would be with the negative comments towards opiate dependency treatments like methadone and suboxone. I like to think that everyone could use cannabis to treat and overcome opiate abuse and if it were legal everywhere and everyone had access to the strains that produce a euphoric opiate like high that may actually be possible. I understand but didn’t care for some of the language condemning some of the treatments currently available but will also admit that they are insanely overpriced and only work half the time so I guess I sort of talked myself out of my point. Anyway. Great article.

N.Y. needs to legalize cannabis use we would be out of debt within 2 weeks flat . Seems very smart to me . It would get rid of the use if narcotic drugs by many that a number one plus for me get them out of the pharmacy’s and off the streets of New York please and thank you

Even though weed was legalized in Colorado in 2012, that was after several years of pushing. It took several years after including a smoking accessory client of mine https://blazysusan.com/ for companies in the industry to really feel comfortable in opening up shop, and even then they have to be careful because their payment processor has strict rules because weed still being illegal federally.

How do I receive my card?Also, I need a phone number or address to receive the card?