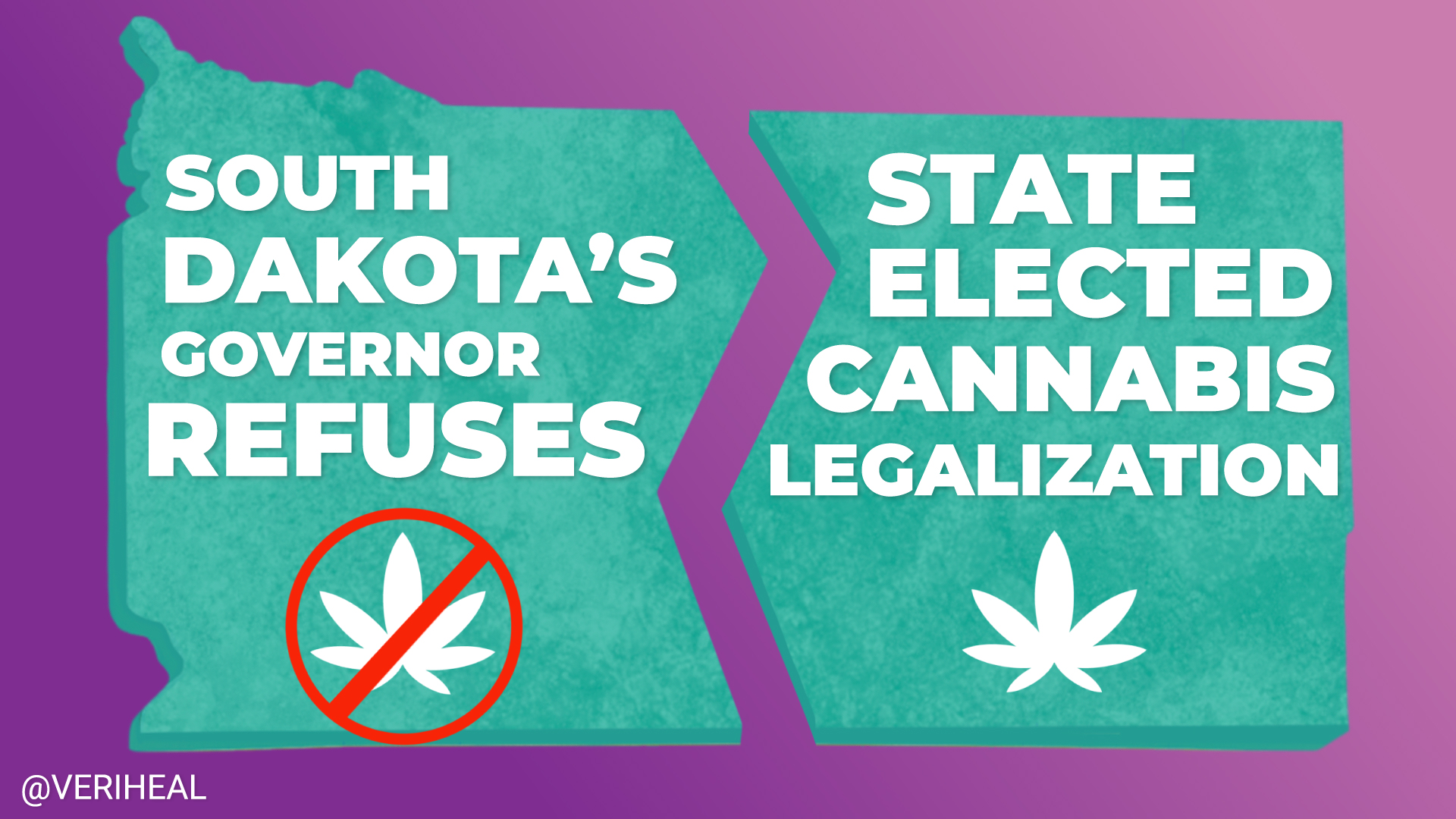 Virginia is on the verge of legalizing recreational cannabis use thanks to the efforts of Gov. Northam and his desire to address the state’s antiquated cannabis laws. And in a brazen attempt to overturn state election results and keep cannabis prohibition ongoing, South Dakota’s governor is taking the vote to court under the guise that it’s somehow unconstitutional.

Virginia is thiiis close to having recreational cannabis legalization

Meanwhile, South Dakota’s governor is throwing a massive tantrum about hers

If you are staunchly against democracy and cannabis legalization, you should probably consider moving to South Dakota

But this didn’t sit well with the state’s governor, Kristi Noem, who has repeatedly voiced her impetuous objections and even sent her law enforcement minions to act on her behalf to block legalization.

And now, she’s taking it to court to overturn the election results on the basis of a loophole law.

This law, which was passed in 2018, prohibits any amendments to the constitution that tackles more than one issue

But I question why cannabis legalization was on the ballot in the first place if this was an existing law?

And of course, the circuit court judge, who was appointed by the governor mind you, has ruled in favor of nullifying legalization altogether

Citing that “it has far-reaching effects on the basic nature of South Dakota’s governmental system,”

Meaning that they don’t want to legalize it because it would essentially upend the state’s entire system as cannabis legalization has massive impacts on business, taxation, and major industry sectors.

And it would appear that the people in charge are too lazy to deal with it.

Governor Noem stated that “this decision protects and safeguards our constitution, I’m confident that South Dakota’s Supreme Court will come to the same conclusion.”

It is SO undemocratic that lawmakers will use their citizen’s tax dollars to overturn something THAT THE PPL VOTED FOR AND APPROVED!

Why even vote at all in South Dakota when its lazy and petty governor, who is supposed to be a public servant, not a dictator, will stop at nothing to keep clinging to the state’s archaic constitution.

This is pathetic and very telling of South Dakota’s political infrastructure.

You don’t even need to be pro-cannabis, anyone who supports democracy should be outraged!

This is great news because, previously, Virginia had some of the harshest laws against cannabis.

But the governor is interested in turning it around and even aiming to tackle social equity issues and expungement for cannabis crimes.

And once he signs the legislation, recreational cannabis use will be officially legal in the state.

So, don’t expect recreational dispensaries to open up any time soon.

So, go ahead and like this video and give us a follow at Veriheal to stay up to date with the latest in cannabis news